Diana Ross Presents the Jackson 5 / ABC, Third Album / Maybe Tomorrow, Goin' Back to Indiana / Lookin' Through the Windows, Skywriter / Get It Together, and Dancing Machine / Moving Violation (Motown) 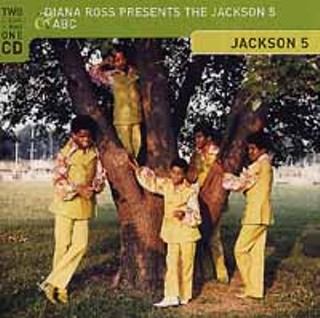 Goin' Back to Indiana/Lookin' Through the Windows (Motown)

Dancing Machine/Moving Violation (Motown) Motown isn't known for subtlety in handling the Jackson 5 catalog. After Thriller hit, Motown slapped new music on an old outtake and called it "Farewell My Summer Love '84." Then there's the picture disc packaged with a genuine Michael Jackson glove. Motown's reissue of Jackson 5 twofers in the wake of Invincible has a similar air of hucksterism, but even though the liner notes are thin and session information nonexistent, at least they weren't packaged with a fake nose or something. As one of the greatest singles ever, "I Want You Back" can't help dominating the brothers' debut, but the Meters-style rhythm of "Nobody" and the Philly soul of "Can You Remember" flesh things out nicely. The only misstep is an ill-arranged, Jermaine Jackson-led "My Cherie Amour." Jermaine redeems himself with the heartfelt mother/son ballad "I Found That Girl" on ABC, the Jackson 5's best Motown album. Along with the title track and "The Love You Save," ABC retains consistency with a pleading rendition of Stevie Wonder's "Don't Know Why I Love You" and the "ABC" follow-up "2-4-6-8." Third Album and Maybe Tomorrow are distinguished by "I'll Be There" and "Never Can Say Goodbye," respectively, but "Can I See You in the Morning" is another revelatory gem. The song sounds like "Love Child"-era Supremes, but in Michael's 12-year-old voice, it becomes a hauntingly alluring tale of age-inappropriate romance with the genders reversed. Goin' Back to Indiana, from the brothers' 1971 television special, is mostly noteworthy for Bill Cosby's bizarre spiel on basketball, while Lookin' Through the Windows features an inexplicable cover of Jackson Browne's "Doctor My Eyes." Skywriter is an aimless mess, but 1974's Get It Together is steeped in rump-shaking funk and seamless fades to keep it swinging on the dance floor. Highlights include "Hum Along and Dance," an eight-minute cover of the Temptations track, and Soul Train favorite, "Dancing Machine." Conversely, the Dancing Machine album is a muddled attempt at concept art, while the disco-flavored Moving Violations reeks of contract fulfillment. A more economical and concise overview can be found on the Soulsation box, now available for $23.99 at BMG Music Service, but you didn't hear that from me.

(Goin' Back to Indiana/Lookin' Through the Windows)