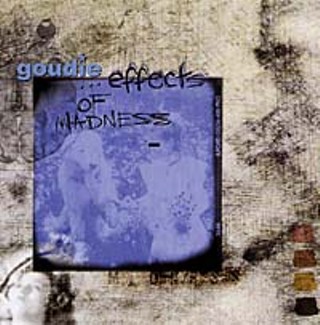 With last year's red-light Peep Show, Goudie joined the rolls of Austin bands who made it to a major label -- or at least a Metallica-drummer-owned offshoot -- only to find the suits "forgot" to budget enough money to promote their album. This time, however, it looks like the quartet may get the last laugh, because its locally released follow-up Effects of Madness is loads better anyway. The band still occupies the same hormonally charged glam/grunge territory, only this time out the songs are much better realized -- most come complete with intros, verses, choruses, bridges, and all that good stuff. (A few even feature bells!) Opener "Nobody's Perfect" and "Down" are reminiscent of Spacehog's shambling, platform-heeled sway, while "Upside Down & Pink" couches its showbiz cynicism ("Hollywood is nothing they promised you") in a breezy bassline and rich layers of acoustic guitar. "Don't You Love Him When He's Cruel" and "Cellophane" are stage-ready Cinemascope rockers that beg for flashpots and a wind machine. Elsewhere, there's plenty on hand to satisfy aficionados of the Beatles, Bowie, and pre-Kid A Radiohead, leaving Effects of Madness as the best big rock album to come out on a regional boutique label this year. Ain't life strange?