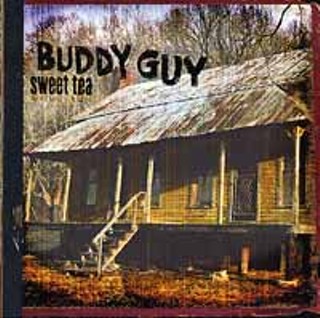 Suddenly, he's in the room -- right behind you. "Well I done got old," he moans. "Can't do the things I used to do." This is not the Buddy Guy you've taken for granted. "'Cause I'm a old man. And I'm not the same." No, he's not, the 65-year-old Louisiana-born guitarist that helped forge Chicago blues many, many decades ago. And it's been a decade since Guy made an album this jaw-dropping, at least since 1991's Damn Right, I Got the Blues. In fact, Sweet Tea could well be titled Damn Right, I Got Ornery. The secret is that seven of the LP's nine compositions come rustled from Mississippi's Fat Possum Records nest, four by Junior Kimbrough, all of which Guy peals like P. Diddy's wad of Benjamins. While "Done Got Old" creaks the door open with just Guy and his Strat, the band kicks in like Led Zeppelin for the succeeding "Baby Please Don't Leave Me This Way," with its titanic, ship-belly echo and hellfire-below solo. Guy is the only soloist on Sweet Tea, and he's got that howl-at-the-moon blues Jimi Hendrix had on Electric Ladyland. The hot throb of Kimbrough's "Stay All Night," Lowell Fulson & Jimmy McCracklin's "Tramp" opening with almost two minutes of Guy's liquid solo, Kimbrough's ball-you-all-night-long "I Gotta Try You Girl" all contradict the assertion that Guy done got old. This is a career album for Guy, cut at the Sweet Tea studio in Oxford, Mississippi. "I'm a very old man" are Guy's last words. Don't you believe it. (Buddy Guy plays the B.B. King Blues Fest at Auditorium Shores, Sunday, Oct. 7.)