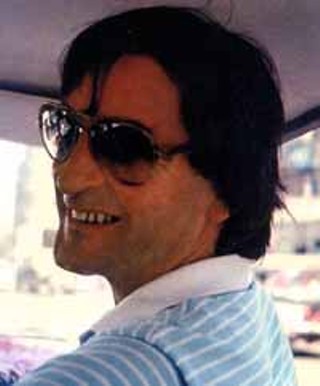 Last Thursday, Chesley Millikin died at his home in Indian Wells, Calif., after a long battle with emphysema. The onetime general manager of Manor Downs racetrack is credited with discovering Stevie Ray Vaughan and engineering his rise to stardom until their split in 1986. Born February 25, 1934, in Dublin, Ireland, Millikin was a show-horse jumper before choosing to trade the racetrack for the rock arena, where he was the first GM of Epic Records in London. Millikin worked with the Rolling Stones, the Grateful Dead, the Chieftains, Jackson Browne, David Lindley, England-to-Austin import Ronnie Lane, and most recently Austin-to-Ireland export Widgeon Holland. Holland, along with members of the Stones and Dead, reportedly flew in to pay their respects to their late friend as soon as they received the news of his passing. Holland also returned to Austin Tuesday night to perform at "an Irish wake" at Manor Downs' Turf Club. Edie Johnson, Jim Ramsey, and Frances Carr were among those paying tribute to their longtime friend and with everyone vowing to "carry on," as Millikin so often said.