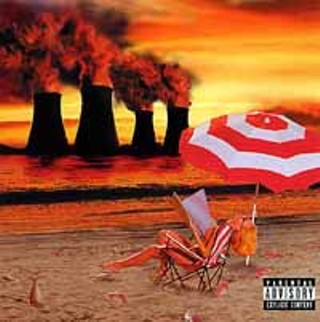 Tweekend (Geffen/Outpost) From the very first track on the Las Vegas techno duo's latest outing, you know exactly where you stand. Those burbling beeps laid over the trademark roiling basslines, those squealing arpeggios, those come-hither femme-fatale voices lurking in the background -- surely this couldn't be new Crystal Method? Of course not. It's Vegas redux. Of course, that's hardly a bad thing, considering the stunning popular and critical success of their 1997 debut, which was catchier than a leper in a cuddle puddle. It may seem like ages ago, especially in the attenuated hyper-time of the electronic music world, that tracks like "Busy Child" and "Trip Like I Do" appeared to have been co-opted by virtually every advertising concession and film soundtrack going. In the real world, however, it's only been four short years, and Tweekend, for all its "attention-to-detail-in-the-studio-is-what-makes-us-cool" sonic rhetoric, still comes off as a sequel-ready soundtrack to the same old thing. Mind you, within the often rigid confines of electronica, the same old thing is frequently as prized a commodity as the equally venerated "totally new thing." Is Tweekend funky? Does it have the sleek 'n" sexy groove the Method is famous for? Does it combine rock & roll crunch with soaring techno style? Yes to all three. "Name of the Game," in particular, is indicative of the whole, with its sampled-ad-infinitum title and sketchy scratching. Regardless of the familiarity you might be feeling, there's no denying Tweekend's booming funkiness. It's the same old thing, sure, but this time there's so much more of it. (Crystal Method plays the Austin Music Hall Friday, Sept. 21.)