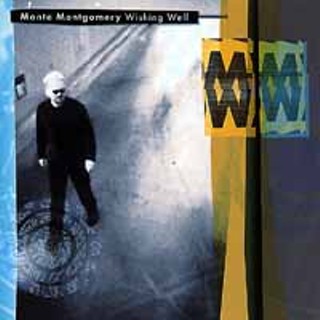 Wishing Well is something different from Monte Montgomery. His third CD overall and first for the Austin-based Texas Music Group, it finds him moving away from the guitar flash he's become known for and concentrating on pop songs. Unfortunately, Montgomery's style of pop sounds seriously dated. His bio mentions Lindsey Buckingham several times, and Montgomery seems to borrow his ideas from mid-Seventies Fleetwood Mac contemporary fluff, in which Buckingham played a featured part. A prime example is the electric keyboard-drenched "Tomorrow Begins Today," with the not-so-insightful lyrical hook: "forever begins with tomorrow, tomorrow begins with today." Wishing Well is filled with all sorts of lyrical cliches just as simple-minded, and one tires of its glossy production about midway through. It's at that point, however, that Montgomery's guitar skills start to appear. "Soldier at His Best" features his interesting style and it's followed by the instrumental "Bagpipe," which is a multilayered guitar bit seemingly taken from Eric Johnson's stylebook of pyrotechnics. It's too little, too late. Though he tries, Montgomery has nothing new to say about life, love, or the human condition, and his music just seems to rush by without much to grab your attention. Maybe next time he'll concentrate on his strengths -- his talents are obviously in his guitar work -- and leave the rest to someone else.