A Tip O' the Hat to Dan Hicks & His Hot Licks 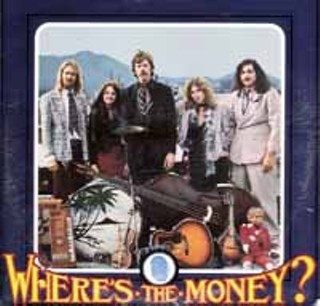 "I missed out on all the hippie stuff -- Haight Street was practically boarded up! But that's what brought me there, wanting to be part of the scene," declared singer Maryann Price of her move from Las Vegas to San Francisco in 1969. Never mind it was the move that brought her to Dan Hicks & His Hot Licks, back then being a hippie on the scene was everything -- everything Dan Hicks' music wasn't.

Dan Hicks grew up as a jazz drummer in the Bay Area, a most auspicious place to be in the Sixties. He graduated from San Francisco State college and played in local bands, finding acclaim with a revered rock & roll outfit called the Charlatans. But while contemporaries in the Bay Area music scene such as Big Brother & the Holding Company and the Jefferson Airplane were bending blues at ear-splitting decibels and layering soaring harmonies over fuzzy rock rhythms, Hicks' heart lay with Benny Goodman, Bob Wills, Django Reinhardt, and other eclectic performers.

In 1968, he walked away from the Charlatans in favor of the music he'd loved as a kid, swing-era jazz. Hicks says he found "two chick singers and a jazz milieu" to play as the newly formed Dan Hicks & His Hot Licks. With guitarist Jon Weber, stand-up bassist Jamie Leopold, and violinist Sid Page (Page replaced David LaFlamme, who left to form It's a Beautiful Day), the Hot Licks boasted formidable musicianship. Tina Gancher and Sherry Snow chimed in with sweet harmonies, and when he sang "Presently in the Past" and "My Old Timey Baby," the audience knew just what he meant. Dan Hicks & His Hot Licks were retro when retro wasn't cool.

The Hot Licks went into the studio to record Original Recordings for Epic that year. The 11 songs that emerged were like an aural Robert Crumb drawing or the soundtrack of an old Fleischer Bros. cartoon, jazzy strokes of jaunty, nostalgic rhythms that percolated and bounced happily along, oblivious to a scene that valued volume over verse. Hicks' witty lyrics were as wise as they were whimsical, and his deadpan vocals droll and devastating. Maryann Price and Nicolee Dukes replaced Gancher and Snow, but when Naomi Ruth Eisenberg replaced Dukes, the classic Lickettes lineup was set.

"A boyfriend told me about a guy who was hard to get along with but needed backup singers," recalls longtime Austinite Price. "I took it as a challenge, 'Oh yeah? Well, I'll show them.' So I went to audition and I thought the name was real clever, 'Dan Hicks & His Hot Licks.' That was my first giggle."

The Hot Licks toured and recorded extensively through 1974, and Price speaks warmly of two gigs at the Armadillo World Headquarters here in Austin. Where's The Money?, Striking It Rich, and Last Train to Hicksville followed on Blue Thumb Records, a trio of distinguished recordings from 1971, 1972, and 1973, respectively, each reinforcing Hicks' quirky appeal. The sound would influence disparate performers from Tom Waits and Leon Redbone to Asleep at the Wheel and the Asylum Street Spankers, and it was the perfect antidote to the groovy state of rock. It was gentle but intelligent music that evoked sitting on the front porch drinking lemonade with your best gal instead of tripping on LSD and protesting the war. Back then, that was different.

The recent Epic Legacy release The Most of Dan Hicks features nine of the 11 tracks on Original Recordings and adds seven bonus tracks from a later session never released. Original Recordings was a delightful album, but its production was less than stellar. Consequently, the first half of Most is languid and mellow, while the bonus tracks are perkier and brighter. It's a difference Price has always noticed.

"Before Naomi Ruth Eisenberg and I got there, the harmonies were not very effective," explains Price. "The harmonies were very folky. But I am more of a jazz singer, and Dan's and my voice together is almost like sibling harmony, like we're related. We may not always get along, but we sure can sing together. Naomi is a chameleon. She could come up with the right harmony every time. And when Dan would screw up, she'd cover and I'd do her part.

"'I Scare Myself' and 'Canned Music' were so badly produced on the first album. I remember being in the studio during the sessions for Striking It Rich when Sid Page took his solo on 'I Scare Myself.' All the lights were down way low. Sid ripped into that solo and did it in one take. I also picked 'I'm an Old Cowhandí' a Johnny Mercer song, and people said, 'Aren't you going to sing it as "old cowgirl"'? 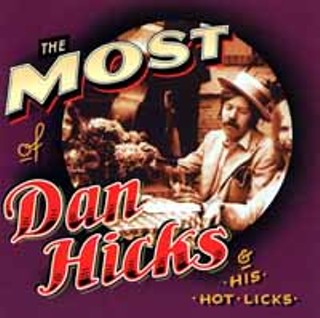 "Now it's basically the definitive version of the song, and I am so proud of that. It was even released as a single."

When Price bluntly knocks Most's inclusion of "I Scare Myself" and "Canned Music" from Original Recordings for being under par, it's because she did justice to both with Hicks on Striking It Rich. "Cowhand," her showstopper as a Lickette, was in the Blue Thumb sessions and does not appear on Most, but Price sings on six of the seven bonus tracks that do. Of those tracks, "You Gotta Believe," "My Old Timey Baby," "By Hook or by Crook," "Payday Blues," and "News From Up the Street" would be re-recorded for Money, Rich, and Hicksville. The versions on Most are less spirited compared to the later ones, but they don't lose any of their charm or impertinence, that's how solid Hicks' songwriting remains.

That's also why the nine tracks from Original Recordings glow even if they don't sparkle. Hicks' songs were so sharp and clever they transcend technology. "How Can I Miss You When You Won't Go Away," "Milk Shakin' Mama," "Shorty Takes a Dive," "The Jukies' Ball," "Waiting for the 103," "Evenin' Breeze," and "Slow Movin'" are like little musical vignettes. Price's rapturous description of Sid Page soloing on "I Scare Myself" is true to the song's haunting, romantic air. Likewise, the winsome humor of "Canned Music" flows gently.

The seven bonus tracks come from sessions recorded in spring 1970, after Price had been with the Hot Licks a few months. They reflect the band's nascent jazz harmonies, save the solo vocals of "He Don't Care."

"I had been performing in Las Vegas with a group that was a lot like [Sergio Mendez &] Brazil '66," says Price. "That's where I started learning shakers and percussion, from the Argentinian players. I was singing jazzy, Latin-flavored stuff."

Price added that experience to the Hot Licks, showcasing it on the pure Western swing of the unreleased "Living With a Lie" and a joyous "By Hook or by Crook." Like "Hook," bonus tracks "Payday Blues," "You Gotta Believe," and "News From Up the Street" were all re-recorded over the next four years, but the sessions on Most reveal that the later arrangements were already set as early as 1970. Like all good bonus tracks on reissues, they serve as a reminder of what might have been.

Presently in the Past

Hicks disbanded the Hot Licks in 1974 in favor of solo projects and working with other acts, including the Acoustic Warriors. Maryann Price joined the Kinks shortly thereafter and then Asleep at the Wheel in 1980 before relocating to Austin for good in the late Eighties, where she lives and records. Price also reunited the Hot Licks for a performance in 1991 and recalls her years with the Hot Licks fondly.

"I'd love to record more of Dan's music," she enthuses. "I wish I could do some more. There's a song on Most I always really really enjoyed, 'Jukie's Ball.' I wish I'd sung on it, but it was from the album before I joined."

Hicks wasn't the only Bay Area musician delving into country & western music in the late Sixties. A Texpatriate named Doug Sahm was also in San Francisco shifting the sound of the Sir Douglas Quintet from rock to country. Subsequently, both men were marginalized into cult followings by their dedication to and pure love for a noncommercial sound. Not only did Dan Hicks & His Hot Licks quietly help open the gates for the cosmic cowboys with Price's gender-bending "Cowhand," but the band's style of dress was downright outré.

"Everyone else was wearing bellbottoms and fringe leather vests," says Price, "but we started going to St. Vincent's and getting old mouton coats and vintage dresses, then other people started wearing them. I swear we were the first ones. Naomi was way ahead of her time. She was punk before there was punk. Take a look at her on the cover of Where's The Money? I learned a lot about taking fashion chances from her."

Thrift-store attire became a Hot Licks trademark, but what Maryann Price would really like is to see is Dan Hicks getting his due.

"What is such a shame is the way the powers that be have never given Dan any credit in terms of Grammys or other awards. He's so talented. We were so innovative."