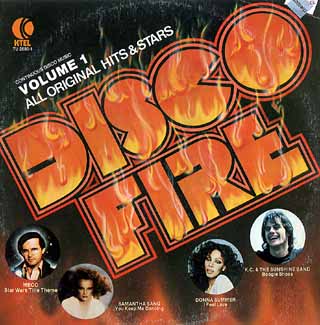 Where were you when you found out K-tel Records declared bankruptcy and shut down its U.S. music distribution subsidiary? Unless you worked for K-tel or a similar industry cranny, chances are you're hearing about it for the first time. And unless you were a pre-teen weaned on UHF reruns and the last gasp of Top 40 AM radio during the 1970s, you may not even know what K-tel was.

Until its stateside demise on March 19 (several international divisions of the company survive), K-tel was best known for jam-packed compilations of both past and present hits direct-marketed to consumers via garish, cheaply produced TV ads. Although K-tel's buffet-style MO seems quintessentially American, the company was actually founded in Winnipeg, Ontario, by Phillip Kives in 1962 before moving to Minneapolis in the early Seventies. Having cut its teeth selling items like non-stick pans on TV, K-tel released its first album, 25 Polka Greats, in 1971.

K-tel wasn't the first label to specialize in compilations. California disc jockey Art Laboe pioneered the practice of licensing material from several labels with his Oldies but Goodies series in the Sixties. Ron Popeil's Ronco (immortalized in "Weird Al" Yankovic's "Mr. Popeil") sold plenty of compilations alongside useful products like Mr. Microphone and the Record Vacuum. However, it was K-tel that truly cultivated the form into a pop culture institution ripe for parody.

During the Seventies, K-tel's marketing ploys had the same seedy appeal as a carnival barker's come-on. The pitch was fast and furious, with deftly spliced snippets of music, song titles rapidly scrolling across the screen, and an overcaffeinated announcer imploring you to order now. Some aficionados swear the ads said K-tel albums were not available in stores, even though they were -- at unhip outlets such as drug and discount stores.

You won't find a much better snapshot of pop music in the early Seventies than 1972's Believe in Music. Named for Gallery's "I Believe in Music," the album kicks off with the 1-2-3 feel-good punch of "Brandy (You're a Fine Girl)" by Looking Glass, "Beautiful Sunday" by Daniel Boone, and "Sunny Days" by Lighthouse. Throw in Donny Osmond, the O'Jays, and a few more weird obscurities like Mouth & MacNeil's "How Do You Do?" and Bulldog's "No," and you have a bass-ackwardly definitive compilation rivaled only by Nuggets. 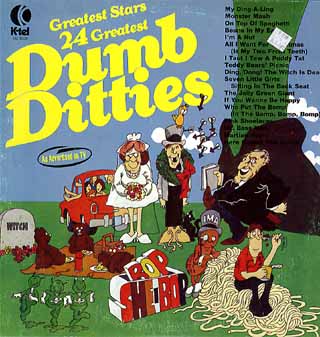 Maybe K-tel butchered art for profit. But even if that were true, does it make K-tel any worse than a record company padding a marginal artist's album with filler? Though it came at the expense of artistic vision, K-tel's Seventies output was nothing if not value-driven. Where else could you get up to 25 hit songs for the low, low price of $5.98 ($7.98 for 8-track)?

That said, the sonic quality of vintage K-tel albums is truly awful. You'll find better low end on a distant AM radio station, and the flimsier-than-Dynaflex vinyl ensures quick scratches if you so much as breathe too hard on it. And no discussion of K-tel would be complete without mentioning the blinding colors and screaming fonts utilized in the subtle-as-a-meat-cleaver cover art. But, as the tired old saying goes, that's part of the charm.

"Respectable" artists such as the Beatles and the Rolling Stones never showed up on K-tel. Although Eric Clapton and the Who made appearances, Elton John was the only megastar who appeared on K-tel albums with regularity. As a result, many K-tel albums portray an alternate musical universe that seldom crosses over into the mainstream pantheon advanced by today's classic rock and oldies stations.

Robert Hull is an executive producer at Time-Life Music, a label that produces compilations of popular music direct-marketed through TV. Hull is also a founding member of cult avant-garage band the Memphis Goons (as Xavier Tarpit) and a veteran of the Lester Bangs era at Creem (as Robot Hull). For Hull, the emergence of rock as a "serious" art form systematically eliminated a wide swath of music from the discourse of so-called tastemakers.

"In the late Sixties and early Seventies, Rolling Stone created the notion of the counter-culture," Hull says. "When I was working with Lester Bangs at Creem, we countered this with the idea of the counter-counterculture. In our pantheon were the garage groups, one-hit wonders, soft pop bands, bubblegum cretins, etc., that the 'serious' writers for the RS-type rags were dismissing because they didn't follow the 'auteur' concept of the singer-songwriter model.

"So, in essence, this type of music fell out of favor because of so-called rock journalism: Rock began taking itself too seriously, even though there wasn't any real difference, in terms of motivation, between, say, Moby Grape and the Archies." 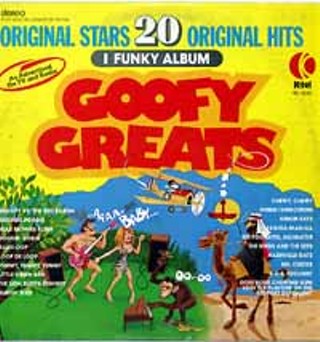 By the mid-Seventies, the serious crowd had moved on to dismissing disco. Accordingly, K-tel began releasing albums such as 1975's clarion call, Disco Mania. Although this collection emphasized downmarket disco standards like Van McCoy's "The Hustle" and Carl Douglas' "Kung Fu Fighting," Disco Mania also included tracks by KISS and Styx. Even as the rest of the world began splitting along the racial, class, and sexual-orientation lines between rock and disco, there was still room for harmony within K-tel's skinny grooves.

According to the discography at K-Todds' Super Great K-tel Page, the artist featured most often on K-tel between 1971 and 1985 was K.C. & the Sunshine Band, with 26 appearances. Not surprisingly, despite their unique sound and time-tested appeal, K.C. & the Sunshine Band have been all but ignored in critical discourse. Meanwhile, the song with the most K-tel appearances (six) was Disco Tex and the Sex-O-Lettes' "Get Dancin'," a flamboyant, over-the-top vamp forgotten even in the era of jammin' oldies.

Sometime in the late Seventies, K-tel began scaling back their collections, ostensibly to improve on sound quality. But even with seven songs per side, the sound was still less than optimal. And by the early Eighties, fragmentation of the listening audience along genre lines made a collection featuring tunes by Loverboy, Kool & the Gang, and Eddie Rabbitt something of a hard sell. K-tel first declared bankruptcy in 1985, and the label's golden era came to an ignominious close.

After restructuring, K-tel got back on its feet and began releasing more genre-driven collections such as Carolina Beach Music and Masters of Metal. They also released several unscrupulous oldies collections of hits re-recorded by groups with only one or two original members. Worst of all, K-tel re-released many of their greatest Seventies collections on CD with only 10 of the original 20 songs. Given such dunder-headed moves, it's not hard to see how Rhino cornered the repackaging market.

Nevertheless, K-tel still occupied a warm place in many hearts. The most concrete example of this is Pravda Records' series of K-tel tribute albums. Beginning with 1991's 20 Explosive Dynamic Super Smash Hit Explosions!, Pravda recruited indie-rock bands to record covers of K-tel favorites like "The Night Chicago Died," "Jackie Blue," and "Convoy." Among the acts featured on the three albums are Austin faves like the Reivers, Javelin Boot, and Poi Dog Pondering (who perform "Rock Your Baby" with help from Two Nice Girls).

The most intriguing K-tel collection of late is last year's Gimme Indie Rock. Though compilations have long been a staple of underground music, Gimme Indie Rock was the first to present bands like Hüsker Dü, Yo La Tengo, and the Melvins in a nostalgic context ripe for late-night TV spots. It's probably safe to say none of these bands imagined themselves winding up on a K-tel album. 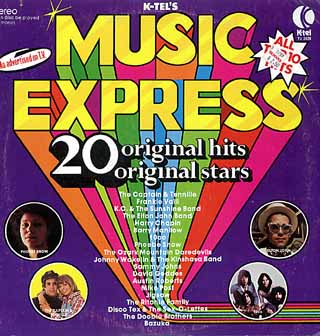 Ironically, K-tel's U.S. demise comes at the height of popularity for the Now That's What I Call Music! (NOW) series. After almost two decades of chart success in Great Britain, NOW compilations were introduced to America in 1998. Last year, NOW 4 became the first compilation ever to hit No. 1 in Billboard. Currently, NOW 6 also resides at No. 1.

Aside from tinny sound, NOW incorporates all the essential K-tel components: an inclusive snapshot of recent hits that brings 98 Degrees, Limp Bizkit, and Enrique Iglesias together on one CD, ultra-cheesy cover art, and saturation TV ads directed primarily at teens and tweens. The critical difference is that the NOW series is produced by a consortium (Hull calls it a "collusion") of the major labels themselves, not an outside company like K-tel.

Without the ability to license such material, K-tel needed a new strategy. In 1998, the company caught Internet fever and announced an opaque e-tailing scheme that pushed the stock as high as $62 a share. K-tel stock had not exceeded $10 since the company first went public in 1994. But the bubble burst when profits dropped, and investor confidence sank with them. K-tel stock now trades around 11 cents, less than you'd pay for a used copy of Hit Machine or Mind Bender at a garage sale.

After 39 years and more than 100 million records sold, what exactly is K-tel's legacy? While irony fetishists might fancy a distinct K-tel canon, the company's output is simply too diverse. Moreover, as Hull points out, the very idea of a pop song being a "guilty pleasure" has become all but meaningless.

"In the past 25 years of actively listening and researching unknown and unfamiliar music, I have learned that what is considered good or great in popular music shifts and changes over time," Hull asserts. "It is a fluid thing, and there is no accounting for public taste."

Perhaps, then, the ultimate legacy of K-tel is preserving castaway nuggets in the river of pop effluvia like Sister Janet Mead's "The Lord's Prayer" and David Geddes' "Run Joey Run" long enough to be enjoyed for what they are, not how they were initially portrayed.

"Music now is a level playing field, and K-tel was a great player in helping to level it out," Hull says. "In fact, I would argue that K-tel was more important in the long run than Rolling Stone because it showed us that music does not belong to a realm of snobs. Without K-tel, there never would have been Napster."

When K-tel emerges from bankruptcy, the company plans to reduce its reliance on licensed material from major labels by developing new products from its own Dominion catalog. Meanwhile, K-tel DVD Inc. will continue to develop its DVD catalog, the current highlight of which is a Climax Blues Band concert video.

One shouldn't feel a great sense of loss over K-tel, especially when other labels that do a better job have taken its place. Nevertheless, the memory of excitedly snapping through the shrink-wrap on Goofy Greats elicits a tiny pang of grief in my heart. Therefore, on behalf of the American people, I extend condolences to K-tel USA and wish the company's surviving divisions best of luck in moving plenty of Climax Blues Band DVDs in the Old Country. Methinks you'll need it.