Redd Volkaert No Stranger to a Tele (HighTone)

No Stranger to a Tele (HighTone) 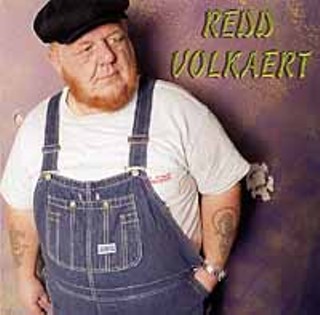 No Stranger to a Tele (HighTone)

When Leo Fender dreamed up the Telecaster electric guitar back in '49 or so, it's doubtful he knew what uses it would be put to, especially in the hands of someone like Redd Volkaert. The local Telecaster master is all over the guitar like grease on a pork chop, quoting jazz, country, blues, and Western swing as effortlessly as turning on the lights in the living room. The title track finds him slyly cribbing from the Buckaroos' Don Rich and longtime Merle Haggard guitarist Roy Nichols, Volkaert imbuing the tune with his own winking sense of humor. The guitarist's growling vocals are front-and-center on covers of Wynn Stewart's "Big Big Love" and Bob Wills' "End of the Line," among others, fellow Heybaler Gary Claxton chiming in on harmonies. The crux of any Redd Volkaert effort, though, is going to be that Fender guitar, and he shows all the other twangsters a thing or two on songs like "Diminishing Flames," "Granny Grunt," and "Rubberdance." There's a self-assuredness on all these songs that never crosses over into the Hellecasters' type of flash-for-flash's-sake, yet between the fluidity of his playing and the purity of his tone, each song is unmistakably Volkaert. Recorded at Austin's Cedar Creek, the production on this effort is a clear, simple snapshot of his live sound with little in the way of studio trickery. It may be a guitar player's album, but as such, it's enough to make most guitar players slink home with their tails between their legs.