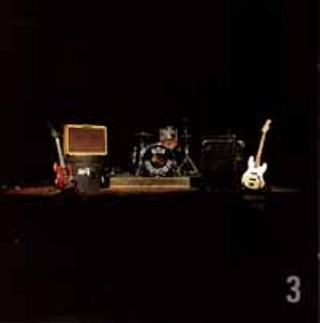 This is the third in the mighty triptych of Butchieology. Let's meditate for a moment on the number three: 1) Father, Son, Holy Ghost; 2) primary colors; 3) the Minutemen; 4) "Learn your ABCs, not your ABCDs"; 5) Guitar, bass, drums; and most importantly; 6) third base. That's it, baby. Right there. The Butchies' 3 is first and foremost about eating pussy. Yes, sweetheart, that's it. That stiff-tongued, guitar wiggle at which Kaia Wilson is so masterful, is sent coursing, shivering through each song. It's a guitar style many a dorky noodlemeister could stand to embrace. So you can figure-eight until you're blue in the face, who cares? It's about instinct, going with the flow. It's about the three members of Durham, North Carolina's Butchies channeling an electricity, a message, like the ones their oblique, penetrating lyrics do ("Treasures and old rocks, what will we leave behind?"). It's the stutter-stop, pounding, pummeling, don't-stop-don't-stop punk rock knock kept in time by wild-eyed drummer Melissa York. It's the G-spot warm gush of a bassline that Alison Martlew stands and delivers at exactly the right angle. It's nine songs, a multiple of three. Hopefully, there's more to… come. (Saturday, March 17, Rainbow Cattle Co., 1am)