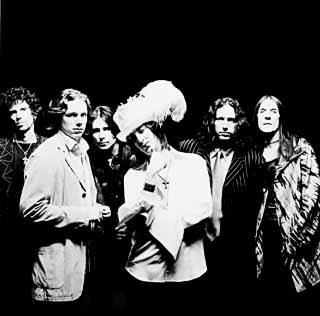 South by Southwest 2001. Welcome. Welcome to the hunt. The hunt for bands, the hunt for songs, the hunt for stars. The hunt for genius. The hunt for deals, meals, and wheels of steel. A sound -- a buzz. A chance. Cold, hard, cash. Swarm the streets from dawn till dusk, and into the midnight hour. Talk the talk, walk the walk. Go your own way. Shake the hands, proffer the cards, scribble down a few numbers. Work it, baby, work it. Get up close and see it with your own two eyes. Let your ears bleed; quiet in the back, asshole. Party like there's no tomorrow, then maybe take in a panel. Pick up The Daily Chronicle. Peruse a few "Picks & Sleepers." A few hundred. Check the stars on your record review, read what Ray Davies has to say. Look for upcoming interviews with Ike Turner, Mogwai, and Robbie Hardkiss. Scan the Daily's critics' grid. Have some coffee with your "Live Shots." Whatever you do, make sure you don't forget the Record Convention, Magnolia, and especially not the Broken Spoke. Go see a movie at SXSW Film. Tune in to the local on-air broadcasts (p. 78) and getta load of all those in-stores and day parties (p.114). Tell the Austin Convention & Visitors Bureau how hard it sucks that the city tore down Liberty Lunch for nothing. And don't blame us for Dubya, we didn't vote for him either. Prepare to do a lot of walking downtown, 'cause that rental car will only gridlock west of Congress. Tip your bartenders. Be nice to the SXSW crew, they do a helluva job. Don't miss Dr. Demento at La Zona Rosa on Sunday. And stop being so goddamn cynical for chrissakes. We're all in it for the hunt. SXSW 2001. Cue the music.