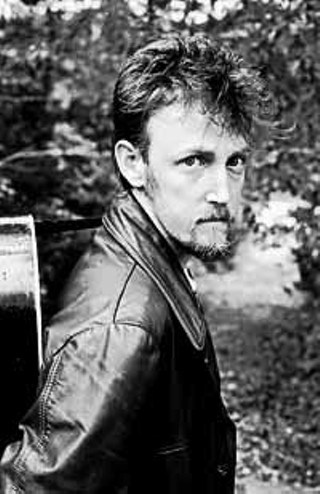 ALL SHOWCASES SUBJECT TO CHANGE

THE LAST TEMPTATION OF SUPEREGO: And so it ends: Superego's Free for All finale after 6.66 years of Sunday-night worship at the Hellhole in the Wall. Never shy about his love for rock & roll legends, Paul Minor will direct this "inspired reinvention" of perhaps the most famous farewell concert in history -- or at least the Seventies -- The Band's Last Waltz. Here's the lineup so far: Li'l Cap'n Travis as Neil Young; Beaver Nelson as Bob Dylan; the Damnations as Joni Mitchell, Emmylou Harris, and Neil Diamond; Ted Roddy as Paul Butterfield; and the Golden Arm Trio as Dr. John, Muddy Waters, Eric Clapton, and Van Morrison TBA, and Superego as The Band (but then they always were). The Free for All will continue, as Alan Durham's Telray takes over the reins next week, but when the lights come up at 2am (or 2:30), one era will have ended and another begun. (Hole in the Wall, 9pm) -- Christopher Gray

GODS & MONSTERS NUDE REVUE III: Last year, actor Jack Black eagerly took the advice of fans who suggested he attend the SXSW showcase by the Diamond Smugglers, who perform songs by Nirvana, Fleetwood Mac, and Alanis Morrissette the way Neil Diamond would do them. Now, he's making millions starring in a movie about a Neil Diamond tribute band. There's no telling if this go-round will impact anyone's life that profoundly, but it'll still be fun. Also on the bill are the Dung Beatles from "Colonpool, TX," who take Fab Four tunes and turn them into excremental odes and scatological scores; well-dressed Bowie/T. Rex/Gary Glitter cover act Glamourpuss; twisted KISS fanatics Rip & Destroy; and fresh from the Therapy Sisters, Marilyn Rucker and Goose Gumbo. Appropriately, the night will be hosted by mythical radio figure Dr. Demento, who for 30 years has given a home on the airwaves to funny and bizarre music that "serious" playlists would never let in the door. Stay demented! (La Zona Rosa, 9pm-1am) -- Ken Lieck

THE FUZZ CLUB: Austin's roving go-go rave-up, usually shaking it over at Nasty's, shimmies over to Emo's Jr. with DJ Sue and her Sixties sounds, light show, twist competition, and surf music. Brought to you by Austin's Wildebeast label, Netherlands' Waistcoats already went Stark Raving Mod on their latest for the label, and will do it live here, along with another labelmate to be named later. Gals wear your calf-high whites, guys your foot-eating bell-bottoms, and day-glo for all. (Emo's Jr., 10pm) -- Raoul Hernandez