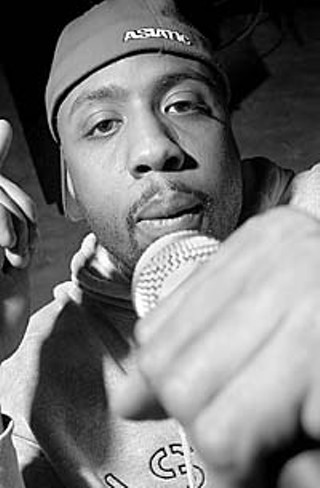 Check under Bavu Blakes' feet and there won't be any grass. The Austin MC works at hip-hop clothing store the Back Pocket, has already written and edited (as "Word Smith") 14 issues of biweekly scene newsletter Show & Prove, and is currently putting the finishing touches on his maiden solo LP.

With Tee Double and Tray God, Bavu also forms the lyrical triumvirate of Hip Hop Humpday, a loose collective of Austin MCs, DJs, and musicians that play every Wednesday at the Mercury on Sixth Street. Sometimes the atmosphere is chill and laid back, others it's hype and up-tempo, but since it started in July 1999, it's become a dependable place to hear serious funk (sometimes even jazz), dance to the hottest national joints, and experience some top-shelf freestyling.

"The only challenging thing about it on Wednesdays is you don't have the option to really slack off at any time," says Blakes. "You don't really have a choice of dropping the ball, running out of lyrics or whatever."

Blakes says that after 18 months, Humpday has taken on the air of an "exercise class" since participants are busy working on solo projects ("We show up, we do it, we go home"), but onstage, complacency is not an option.

"If I took an attitude of boredom to it, that's when we would start sucking," he says. Humpday has been invaluable for Austin's nascent hip-hop community, only now starting to mature as neighboring scenes such as Houston reach early middle age. It took a while for hip-hop to establish a presence in the "Live Music Capital of the World," but now that it has, it's not going away anytime soon.

"Everybody mixes together, because the city's so damn friendly," says the 26-year-old talent who grew up in the Dallas area. "There's really no reason to be unnecessarily divisive."

Rhyming since he first moved a crowd at his 6th grade talent show, Blakes has already been in the game most of his life, so he's understandably not interested in being an overnight success.

"It hasn't been the quickest process," he admits. "But I'm not exactly Nelly. I think it's more about repetition, doing things over and over again and tacking on stuff you learn in the process."