To really enjoy the screeching, pounding cacophony of a power trio like Sangre de Toro, it helps to be pissed off about something. Being gouged $4.25 for a lousy bottle of Bud Light did the trick for me. Fortunately, the hypnotic sight of Sangre's fast-spinning disco ball in the shape of a bull's head made that beer go pretty far. Former Scratch Acid guitarist Brett Bradford, former Butthole Surfers (and current Honky) bassist Jeff Pinkus, and current Ministry drummer Max Brody don't throw down their finely cured brand of Lone Star freak noise often. Despite that, the short set by Austin's Sangre de Toro was a blister-raising tour de force. They kicked off with "Can't Shit Still," the closing song from their forthcoming eight-song disc on Bacon Grease Industries, Confused (But Not Showing Aggression). Historically, not being able to move one's stool is a popular song topic in the annals -- ha, ha -- of Texas punk (e.g., Crust's "Chemical Pattie"), and Sangre's crunching, power-packed addition to the canon got heads a-bobbin'. Pinkus looked resplendent as he pounded away on his flying "V" bass, while Bradford's howling, feedback-drenched guitar wizardry provided a highly agreeable balance of avant-noise and coliseum cheese. Vocals are obviously not the main draw in a band of well-known instrumentalists, but Bradford does have a unique singing style similar to that of a drunk old man yelling at a bunch of pre-teen ruffians to get the hell off his lawn. That voice was particularly well suited to "As Dumb As I Look," a love letter to Mongoloid Middle America and/or beef jerky from a convenience store. Energy in the room reached a fever pitch -- literally -- when longtime local scene fixture Uncle Charlie walked right in front of the stage, lit a match, and set his hair on fire as some sort of twisted tribute to Sangre's crushing racket. The band kept blazing even after Charlie's mane was extinguished, "Indestructible" being a loud, fast rocker with a chorus vaguely reminiscent of Led Zep's "Immigrant Song." All the while, that damn bull-head disco ball kept spinning like an out-of-control dervish. Averting my eyes, I fled the Buffalo Club like a refugee at set's end for the relative sanity of death-metal pie by the slice at Hoek's Pizza. 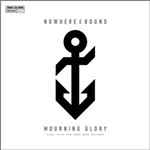