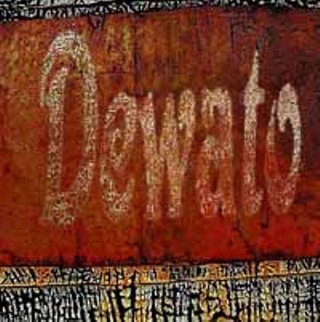 The afternoon sun peeks out through the shutters, signaling the beginning of another hazy day. Your head's full of cobwebs, and something just ain't right. You can't quite put your finger on it, so you fire up the stereo while pondering this point. That's when Dewato's debut kicks in, and right then and there, your day is cashed before it begins. Demonstration is a soundtrack of youthful regret, drunken malaise, might-have-beens, and still-could-bes, and it has inspired you to get up, grab a tallboy out of the fridge, and load a fresh new bowl while you assess your station in life. Gentle enough to keep you on the edge of the bed, but rock & roll enough to consume your pathetically small attention span, the Austin band's alt-crunch leaves you in a melancholy fog, then shows you the way to the promised land. Vocalist Ryan Carter has the whole slurry Paul Westerberg thing down, and when he sings on "Newfriends" about something that "leaves a bitter taste that you can't spit out," another tallboy is in order already. Good thing, 'coz everything's just fine again on "806oceanside," a misty song about a girl and the beach with a slanted & enchanted sheen that mixes quite well with your now-happy level of inebriation. The occasional syrupy hook satisfies your sweet tooth, but it's chilly, hazy tomes like "Anaheim," and "Apology," with raspy, distant vocals full of rumination and regret, that capture your intrigue. Gosh, it's already nightfall? Another wasted day, another new discovery. (Friday, March 16, Speakeasy, 10pm)