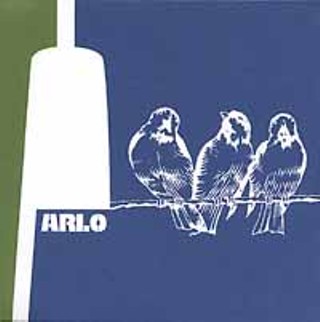 Up High in the Night (Sub Pop)

The title for Arlo's debut reportedly comes from singer/guitarist/bassists Nate Greely and Sean Spillane's shared affection for absurdist, capital-letter-abhorring poet e.e. cummings. Would never have guessed that from song titles like "Nerf Bear Bonanza," right? Perhaps a little disappointingly, Up High in the Night turns out to be straightforward, by-the-numbers guitar rock. That's not necessarily bad, of course. "Sittin' on the Aces" has a little "Paranoid Android" to it, and "Khanji" buzzes right out of the GBV hive. "Shutterbug" is an excellent Elvis Costello-derived fuzzy pop number that would make a perfect single. But "Nerf Bear Bonanza" is basically stoner rock lite, and "Oh Yeah" -- there's a poetic title -- sounds like a Soul Asylum outtake (and not from the good years). Although there's no rush on Up High in the Night you can't get from an old Matthew Sweet record, Arlo's bow flashes with potential. It just needs more imagination. Maybe they should read some more e.e. cummings. (Friday, March 16, Emo's, 9pm)