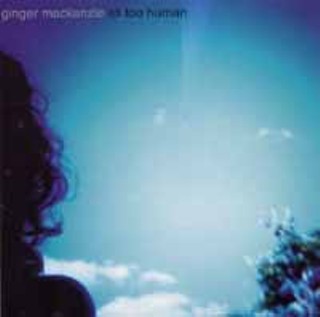 All Too Human sounds all too familiar -- another kewpie-doll singer-songwriter who sings over atmospheric backgrounds. And they all seem to sing about the same four or five subjects. Austin's Ginger Mackenzie fits this description to a T, and there's apparently a healthy audience for what she does; she claims to have sold some 20,000 copies of her last album. Still, she doesn't actually sing so much as whisper and moan, and just once I'd like to hear her sing like she means it. Electric guitars, keyboards, and electronic beats provide vague backdrops for her lyrics that define banality. Her idea of originality is a song about shoes, titled, of course, "Shoes." The low point is "Sliver of a Moon," which appears to be nothing but the title repeated over and over. None of the melodies stick, and are drenched in overproduction with things like sitars and what the credits dub "ambient sounds and programming." Seems she and producer Billy Harvey haven't heard about keeping it real. Trying to show her roots, Mackenzie attempts Joni Mitchell's "Help Me" and bends it into submission by somehow losing the tune with her breathy vocals. All Too Human isn't the worst album you'll hear this year; it's just that Mackenzie's brand of breezy pop is anything but original. Perhaps the next time she'll consider ways to distance herself from the pack.