Trying to Break the Honky-Tonk Fever (Half Breed) 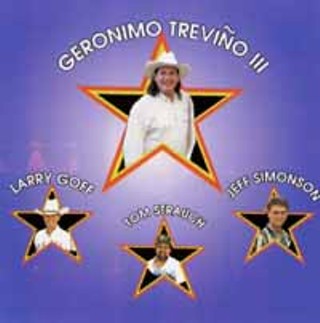 Trying to Break the Honky Tonk Fever (Half Breed)

If Geronimo Treviño were a high school football player, he wouldn't be your star quarterback. But dammit, you just couldn't cut him either, because he tries so damn hard. Enthusiasm and hard work ought to at least get him out there on the field. Translated back into musical terms, that means when Treviño aims for radio hitdom, well, he's no George Strait. And when he goes into country purist mode, well, he's no Dale Watson. So why is this album so good? Because he's just having so damn much fun you can't help enjoying it along with him. Treviño, based in Geronimo, Texas (a wide spot in the road between New Braunfels and Seguin), has collected these recordings over the past 10 years, sometimes in the studio, sometimes live in the South Texas dance halls he so obviously loves. He leads off with several of his own songs, with mixed results; "Son of San Antone Rose" is kind of corny but likable, while the obviously commercial-minded "Heartbuster" is perfectly dreadful. He follows that with a handful of standards and does them all justice, including "Folsom Prison Blues" and "Walking the Floor Over You," among others. Returning to his own originals, Treviño tosses in both some more corny-but-fun material ("Macho Man From Taco Land") and some gems ("The Price I Did Not Want to Pay"). You won't drop your jaw the way you did when you first heard Don Walser yodel. It won't be the revelatory experience you had upon hearing Junior Brown play guitar. But you'll dance, and you'll smile, and you'll like it. That's good enough for a Saturday night, and it's not too bad in your stereo, either.