Now he plays for the President: Lost Austin's old-style Dino Lee at the Top Hat, 1984 (Photo By Martha Grenon) 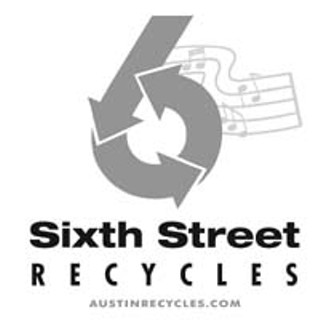 Ball 'Til You Fall

Well, wasn't that a nightmare. I'm referring to the George W. Bush inauguration week festivities, of course, which included such delights as Dubya himself doing some kind of wiggle dance with Ricky Martin, who defied the wishes of his writer/producer and belted out "Cup of Life" to millions of Republican CNN viewers from coast to coast. How could one not bristle with excitement at the sound of Destiny's Child repeatedly demanding, "When I say George, you say Bush!" Gosh, I say that when I see Destiny's Child regardless. And who knew that Larry King was so music-savvy? Breaking away momentarily from an interview with relatives of ex-presidents and other celebs to check in on the live performance of "God Bless the USA" by Lee Greenwood, King turned to Wayne Newton and announced incredulously, "He really doesn't do any other songs besides that one, does he?" One band member who appeared at the huge Texas-Wyoming Ball in our nation's capital as part of Dino Lee's combo, Richard Fenno, said the affair was one of total disorganization, quipping, "I've played events like this since the Seventies, and there's always a guy with a clipboard in charge of things. There was no guy with a clipboard anywhere at this thing." His horror stories include their drummer missing the plane, an airline refusing to take the band's piano on board, and arriving in D.C. to find himself surrounded by "nothing but snow and Republicans -- two of my least favorite things." Several members of Lee's band, in fact, took time during breaks in their schedule to join in on the anti-Bush protests that were conveniently located nearby! For his part, Dino Lee was busy making a lot of the right friends among the 14,000 righties in attendance (reportedly, 12,000 tickets were sold and another 2,000 people sneaked in), turning on the charm for the new guardians of the USA by altering the lyrics of "New York New York" to include a stirring refrain of "These Dem-o-crat blues." There was enough security and fur clothing around to last, but Fenno says he rests assured in the comfort that "at least we know [Bush] isn't going to be re-elected, so we won't have to go through this again." We'll see about that; after all, some say that Bush wasn't elected this time. No one was more horrified about the inauguration than Van Morrison, who issued a statement last week declaring, "Reports that Mr. Van Morrison will be performing or attending the inauguration ceremonies of president-elect George W. Bush are absolutely false. Mr. Morrison was never slated to appear at this event and has no intention of doing so." Sorry, Van. Like I said last week, there was naught but chaos surrounding the festivities. Of course, I'm also still wondering how so many obvious bands didn't even get invited to play for Bush, like for instance the Alkaholiks, Spoon, 7% Solution, Skrew (in a figurative sense only; we're not confusing Dubya with Bill Clinton), the Wannabes, the Dictators, Dinosaur Jr., Widespread Panic, and finally AC/DC, for a special performance of "Beatin' Around the Bush." Finally, the big question of the week is how Michael Corcoran got into all those inauguration parties when he has a Secret Service record for making "some kind of assassination joke" (his words) about Ronald Reagan back in 1980. Corcoran says that the Bush people checked up and said it was "not an issue." Does this mean Jon Blondell can take Fenno's place if Bush gets re-elected?

Ever wonder why music venues don't recycle, even though they've usually got huge receptacles handily filled with bottles and cans all around the place? Well, having asked that question a few times over the years and found my mind reeling from the long-winded excuses I received in response, I'm glad to pass on to you that Sixth Street Recycling debuted this week. No, Sixth Street Recycling is not the name of a new cover band (though I wouldn't be surprised to see one take that name), it's a new city program being tested on a pilot block that extends from the Iron Cactus to Ivory Cats (the north side of 600 W. Sixth, between Trinity and San Jacinto). Jeff Steinborn, who's in charge of the project and has worked in the recycling biz for a decade, says that, "Incredibly, what [nightclubs] call trash is 95% recyclable." According to Steinborn, the Paradise Café is the only establishment that he knows of on Sixth Street that already does their own recycling, but now, the clubs on the pilot block (as well as the odd resident) will receive nice big blue receptacles for both bottles/mixed and paper/cardboard. Then, after three to six months of analyzing the program's cost efficiency and such, the plan is to expand recycling to the entire Sixth Street entertainment district.

This is it -- the last week to vote for your favorite local bands and other music-related people, places, and things in the Chronicle's Music Poll. You'll find the form on p.87 of this issue, so fill it out if you haven't done so already, and plan to see the winners walk the stage at the Austin Music Awards in March. Meanwhile, over at South by Southwest, the venue list has reached 50 establishments, with such diverse places as the Hideout, Longhorn Lodge, Azucar, and the Rainbow Cattle Company joining in the festivities. As for keynote speaker Ray Davies not yet having agreed to perform, there's still plenty of good news as the names of acts scheduled for showcases continue to trickle in. Among those is the bizarre new "supergroup" Mad for the Racket, which on CD consists of members of the Damned, MC5, Blondie, the Police, and Guns 'N' Roses. In person at SXSW, expect to see Brian James, Wayne Kramer, and Clem Burke, with Stewart Copeland and Duff McKagan being replaced by ex-Nine Inch Nails drummer Chris Vrenna and Mani from Primal Scream. Also in are Lucinda Williams, the Riddlin' Kids, John Hiatt, Black Crowes, the Urinals (unfortunately, Cake pulled out, wrecking my chances for a "urinal cake" joke), All, NRBQ, TSOL, and a Soft Boys reunion! It officially does not get any cooler than that, but for those who remember Tony Carey of the Planet P Project, also performing at SXSW 2001, this year's festival is shaping up as a doozy.

After the big Double Trouble extravaganza at the Austin Music Hall two weeks ago, notice went out that two acoustic guitars and one amp came up missing and were presumably stolen. There's a reward being offered for info leading to recovery of the equipment, and fortunately, it should be hard to fence Charlie Sexton's borrowed Fulton-Webb amplifier; the fact that only some five of the model exist, and that it's broken make it hotter than the blazing saddle that was stolen and recovered over at the Broken Spoke recently. As for the missing guitars, they're Tacomas, model number PR-40, and can be viewed on the Tacoma Web site at: www.tacomaguitars.com/models/p/pr40.htm. One is blond, the other is black lacquer with serial numbers C0270110 and B1870080, respectively. If you have any information, e-mail beverly@srvdoubletrouble.com. The Barkers have announced they're disbanding after pulling out of what would have been a high-profile gig following Bob Schneider's Universal Records showcase at Antone's on Friday, for which 60 or so media types chowed down at Sullivan's on the label's tab. Barkers drummer Steve Balgooyen says that Alice Spencer will continue to play her compositions with a different lineup, but the "family affair" element of the act is over and done with. Currently, Spencer sings every Monday at the Empanada Parlor with a band including Justin Sherburn of 81é2 Souvenirs on piano and Johnny Vogelsang of Soulhat on upright bass, with various sit-in guests like the Jazz Pharoahs' Slim Ritchie, piano man Earl Poole Ball, and Kevin Lovejoy, keyboardist for Fastball... By the way, did you know Fastball was playing the Super Bowl? Actually, they're playing in the parking lot with Cheap Trick before the game, says Paul Minor, who got a free ticket to both the show and the game out of the deal. That should make up for his being socked out of the Argyles for "creative differences." ("It was a classic philosophical disagreement," he says. "I thought there should be a philosophy, and they disagreed.") Superego maven Minor has now unveiled his own new cover band called Alterego... The Heymakers will be part of ABCDs' Fred Fest this Saturday, celebrating the new Making Hey, and the recent addition of Rick Broussard to the fold... Rev. Stinky del Negro has a new CD out as well, fêted at the Red Eyed Fly's Weird Tent Revival this Friday with Adult Rodeo, Brown Whörnet, and the Big Megillah. A costume or a mustache gets you $1 off, and a mullet gets you in free. Dear God, I've just helped reward the wearing of mullets... Friday is also the day Jeff Hughes & Chaparral have a Waterloo Records in-store scheduled (5pm) to mark the release of Head for Cover, which includes irresistibly twangy takes on R.E.M., the Cure, and Guns 'N' Roses... Libby Bosworth is moving back to town, I hear. She's got a new bun in the oven, I mean, album in the can, and will be releasing it herself even though she's still in the market for a label... The Crack Pipes have a label; they've just finished recording their first album for indie Sympathy for the Record Industry, Every Night Saturday Night, which was produced by Big Foot Chester's Walter Daniels. The band says that the CD should be out in the spring "if the devil don't ruin it all"... Shawn Colvin, Guy Forsyth, Toni Price, Bruce Robison, Chris Duarte, Teye, Quatropaw, Papa Mali, Nevolutio, Groove Junkies, Sage Gentlewing, and others will be playing at the "coat party" this Saturday at La Zona Rosa. For those unfamiliar with the concept, admission is $10 or $5 with the donation of a warm coat in good condition, proceeds and coats benefiting the Austin Resource Center for the Homeless... Been wondering what's been up with horned and jigsaw-puzzle-tattooed former Jim Rose Circus Sideshow star Enigma and his wife Katzen the Tiger Lady? Enigma is keeping busy at his music studio in East Austin, composing a soundtrack for the movie Firecracker, starring Dennis Hopper, Karen Black, and Enigma himself. Katzen is painting banners for the same film, and looking to sell her South Austin tattoo parlor; experienced tattooists who are interested should e-mail her at puzzillion@netzero.com. Fellow Sideshow Marvel Joe Lifto (who once sprained his genitals at the Back Room while lifting weights with his penis) remains retired from circus life and bartending at Casino El Camino, though I expect any day now he'll be starting production on that remake of A Clockwork Orange he's been talking about... My favorite online comedy source, www.planetproctor. com, by Phil Proctor of the Firesign Theatre, notes this week that Jerry Jeff Walker's transportation bears a bumper sticker reading "Hell No, I'm Not a Stunt Driver! I'm Drunk!" Wow, I used to have that same sticker on my old van. I called it my "cop magnet" and eventually disposed of it for obvious reasons...