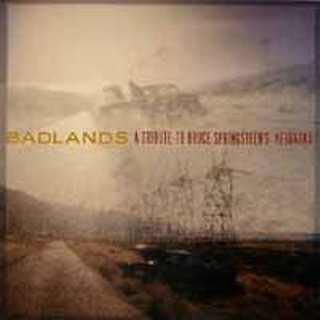 Wedged where it is in the Springsteen timeline, 1982's Nebraska is a beautiful anomaly, a willful turn from '80's The River, which cemented Springsteen as a household name, and a passionate last grasp at Guthrie-style folk before the musical monolith that would be '84's Born in the USA. The artists on this tribute album seize on Nebraska's sense of the stripped-down-and-personal, meeting the songs on their own stark terms. The results, with few exceptions, are striking renewals of the edgy originals, from the title track, done slow and eerie by Chrissie Hynde and Adam Seymour, through Los Lobos' spare "Johnny 99" to the quietly hopeful "Reason to Believe," done as a duet by Michael Penn and Aimee Mann. Folkie Dar Williams turns in what is possibly the album's most compelling performance, as she takes "Highway Patrolman" to emotional highs and lows attained in only the most rare and sincere moments. Ben Harper, Ani DiFranco, Son Volt, Hank III, Deana Carter, and Crooked Fingers (Archer of Loaf Eric Bachmann and Andy LeMaster) round out Nebraska, with later Springsteen tracks handled by Johnny Cash ("I'm on Fire"), the Mavericks' Raul Malo ("Downbound Train"), and Damien Jurado/Rose Thomas ("Wages of Sin") added as bonus cuts. Fitting tribute for a classic LP.