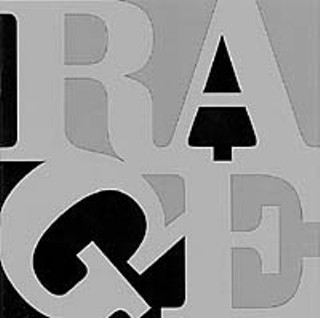 Rage Against the Machine's dual role as social conscience and rap-metal gods has apparently pulled the group asunder. With MC Zach de la Rocha departed and working on a solo album, the group's future is as clear as a Florida election, most likely rendering this covers album the L.A. quartet's swan song. Featuring 12 tunes that have influenced the band, Renegades is one hour of decidedly Raging riff-rap music, including Volume 10's "Pistol Grip Pump," Bob Dylan's "Maggie's Farm," the Stooges' "Down on the Street," and MC5's "Kick Out the Jams" in a slowed-down funky groove. The biting, ironic lyrics of Devo's "Beautiful World" are given new insight through Rage's short, sparse, and intimate interpretation. Rick Rubin's production provides a Man's Ruin-intensity, reinforcing the lyrics, particularly in the more furious tunes like Afrika Bambaataa's "Renegades of Funk" and Minor Threat's "In My Eyes." Two secret tracks, including a kinetic live version of "Kick Out the Jams" fans the album's flames. Perhaps these lyrically intense tunes come off so convincing because the group spent creative energy interpreting rather than writing them. Fans of the covered bands will want to hear how the songs have been Rageified, but there's no question Renegades will make the band's demise that much more disappointing to their faithful.