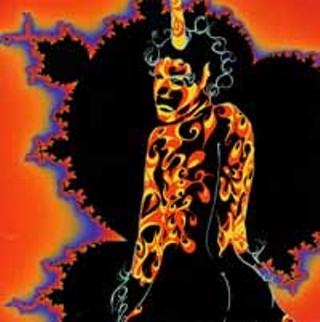 All aboard the underground smellroad! And you thought the South was dirty before. Get a big whiff of the skanky guitars and Molotov cocktail lyrics of "Gasoline Dreams." OutKast, the Southwest Atlanta duo also known as Andre 3000 and Big Boi, have outdone themselves on this sprawling, sticky-icky-icky opus that manages to find room for Eightball & MJG, George Clinton, Rick James, Goldie, and Freddy Jackson all in the same space-age bachelor pad. It's an ultra wigged-out paradise where the menacing gangsta dubs of "Snappin' & Trappin'" and "Gangsta Shit" co-exist peacefully with the seductive grooves of "Ms. Jackson," "I'll Call Before I Come," and "Slum Beautiful." Where good buddies Goodie Mob and babymama Erykah Badu can each do their thang, Dre and Big Boi are warped enough to understand the freakier the better; who's the last MC that rhymed about a polar bear's toenails? "Spaghetti Junction" is so smooth you could wax your Caddy with it, and "B.O.B.," with its warhead beats and combustible chorus, is set to blow up JBLs way beyond College Park and Cabbagetown. Credit Outkast's extended Dungeon Family for being the most twisted Southern clan not in a Flannery O'Connor novella, as Stankonia wouldn't reek half as much to high heaven without the contributions of Killer Mike, J-Sweet, Slimm Calhoun, Big Rube, and Sleepy Brown, plus Cypress Hill's B-Real and (at various times) all of Goodie Mob. Even when it's just the two of them, Andre and Big Boi sport more funk than the Falcons locker room, and Stankonia packs more dopalicious jams onto one album than any hip-hop (or not) album in a long time.