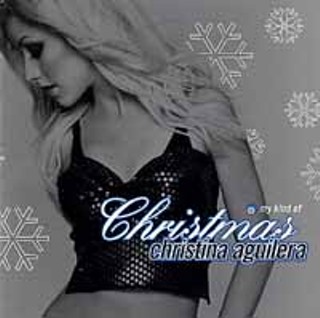 My Kind of Christmas (RCA)

As the closest thing to a teen-pop apologist currently employed by the Chronicle, guess on whose shoulders it falls on to explain exactly what Christina Aguilera is attempting to add to the Yuletide canon on "Xtina's Xmas"? No wonder people freak out during the holidays: Somewhere, somebody thinks having Ms. Aguilera belt "Have Yourself a Merry Little Christmas" over a dance track excavated from the Technotronic days is a good idea. Then there's the "Merry Christmas Baby" duet with Dr. John; Christina sure don't sound like no teenager when she sings, "I haven't had a drink this morning, but I'm lit up like a Christmas tree." She gives it her best Mariah on "Angels We Have Heard on High" and "O Holy Night," but there's whoa-a-ooh-a-oh-a-oh-only so much you can take of her ornamental octavizing. It's cute on opener "Christmas Time," this mutated baroque thing that can't figure out if it wants to be a chorale or "Genie in a Bottle," but by "These Are the Special Times," you're looking for the off switch. By comparison, "The Christmas Song" is nicely understated, at least the first time through. And it's nice to know people who couldn't hack it at Hallmark have found work writing lyrics like "you'll be my spring ahead, my fall behind, the shimmy in my hips when I bump and grind." Aguilera certainly has the pipes to outlast such jejune nonsense, but she's got to learn some subtlety first, and Christmas songs aren't exactly the best material to be practicing on. Somebody get this girl some Gershwin.