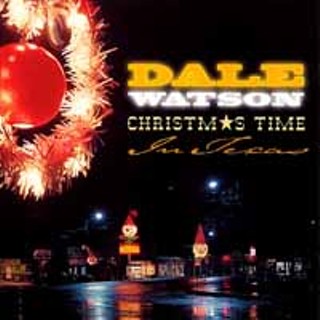 How good is Dale Watson? Good enough to have cut a classic Christmas album -- in July, at Sun Studios in Memphis no less. Granted, with the music business being what it is in these desperate times -- not to mention country music being what it's been for the past two decades -- that doesn't mean much. Who's gonna know? Nevertheless, Austin's tried and true answer to Johnny Cash (apologies to Damon Bramblett) has done it again, making it look as easy as mistletoe scotch-taped to a doorway. From opener "Honky Tonk Christmas," right pretty with Earl Poole Ball's ticklish upright piano, Watson and his elves (big, bad Billy Dee Donahue on bass, smilin' Ricky Davis on steel/Hawaiian steel, and Scott Matthews sitting on the drum stool), are smack dab in the pocket, their easy country jaunt matched only by their leader's fine malt baritone. Including Watson's George & Tammy two-step with Joy Lynn White on "Christmas Love," his Lone Star holiday traditional "Christmas Time in Texas," and hot-sauce festival favorite "Hot Texas Christmas," eight of Christmas Time in Texas' 12 yuletunes were penned for Dale Watson Music, BMI. The pick of the litter, "Santa and My Semi," oughta be heard on the radio every Christmas from now 'til they retire Jose Feliciano's "Feliz Navidad." As memorable as "Convoy," only shorter, "Santa and My Semi," beginning with the line "Driving through East Texas last Christmas Eve, I saw Santa jacknife, up around Mesquite" is so unassumingly brilliant you'd swear to old St. Nick himself that you'd been hearing the song since you were a tot. Mel Torme's "The Christmas Song," "Silver Bells," and "You Can Call Me Nick" (a tune old Dale shoulda written) round things out like chocolate bread pudding a la mode. A bonus disc, sportin' "Turn Off the Jukebox" from Watson's upcoming live album, and "Stripes Across My Shoulders," not on the projected February release, make a nice stocking stuffer, the latter identified as "Dale's Christmas Gift to you." Merry Christmas to you, Dale. Amidst the annual flood of bad Christmas albums, Christmas Time in Texas is the gift of the Magi.