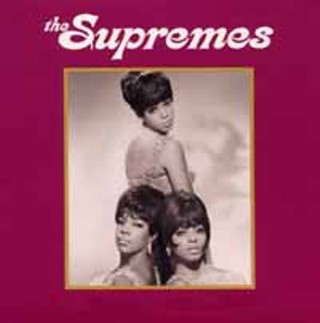 In 1964, there was no women's movement. In 1964, the pill hadn't set off a sexual revolution. In 1964, black women were a minority twice over. "The Supremes, in 1964, showed the world that Black was not only beautiful, but Black women were gorgeous and talented. We were ambitious ... We were the American Dream." So said the Supremes' Mary Wilson in 1973, and not only is her immodesty correct, the cultural importance of the vocal trio she anchored from 1960 to 1977 cannot be underestimated. The Supremes -- Wilson, Diane Ross, and Florence Ballard -- were the face of liberation: They were young, they were successful, they were singing songs from a woman's point of view. They put words to feelings that the cultural revolution of the Sixties expressed. Millions of young women found empowerment in the group's elegance and charm; the Supremes refracted the glare of the spotlight they inhabited onto their gender, and of course, their race. "I always saw the Supremes as special," says Motown founder Berry Gordy in the tres chic liner notes to The Supremes, a 5-CD box set that puts Universal Records' money right where the founder of Hitsville USA's mouth was. Like must-have multidisc sets from Motown pillars the Temptations, Smokey Robinson & the Miracles, Marvin Gaye, and Stevie Wonder, The Supremes has been done right. The velvet maroon tri-fold box matches the group's fashion sense, and the care that's gone into choosing and sequencing this walk-in closet full of music pays ultimate tribute to one of the most seminal groups of the rock & roll era. Good thing "Diana" Ross lived across the street from the "Sound of Young America" himself -- Smokey Robinson. From there, 1959's Primettes quickly landed a demo session at Motown and a record contract shortly thereafter. Changing their name, the Supremes' first eight singles flopped. That's when they met Brian Holland, Lamont Dozier, and Eddie Holland, who gave the three Detroit girls their first Top 30 hit in 1963 with "When the Lovelight Starts Shining Through His Eyes." Within a year, the Supremes landed five No. 1 singles, and those that didn't settle in at the top did just fine up around the neckline. "Where Did Our Love Go," "Baby Love," "Come See About Me," "Stop! In the Name of Love," "Back in My Arms Again" -- successive singles, 1963-1965. The second great chart run, 1966-1967: "I Hear a Symphony," "My World Is Empty Without You," "Love Is Like an Itching in My Heart," "You Can't Hurry Love," "You Keep Me Hangin' On," "Love Is Here and Now You're Gone," "The Happening," and the group's last big hit before becoming "Diana Ross and the Supremes," "Reflections." It's all here. "After All," from that first session, and Gordy's "The Boy That Got Away," which sounds like German Volkswagen hitmeisters The Trio produced it, both previously unreleased, open the first disc, which hits its stride halfway through and continues through disc two. "Reflections" opens the third disc, which charts the original trio's decline with the coming (on) of the psychedelic era, and ends with "Someday We'll Be Together," the song that launched Ross' solo career and the last No. 1 hit of the Sixties. Disc four, one of the best of the set, traces the group from their first post-Ross hit, "Up the Ladder to the Roof," until their long-overdue demise six years later. The "bonus" fifth CD is "An Evening With the Supremes," a 36-minute live compilation meant to simulate one of the Supremes' live shows. Predictably, it's a bit stiff, but when the ladies launch into "Come See About Me," recorded at Christmastime in Detroit, your pulse quickens and the urge to sing aloud and shake it is irresistible. "Hurry, c'mon boy, come see about me ..."