How the Wolves Survived 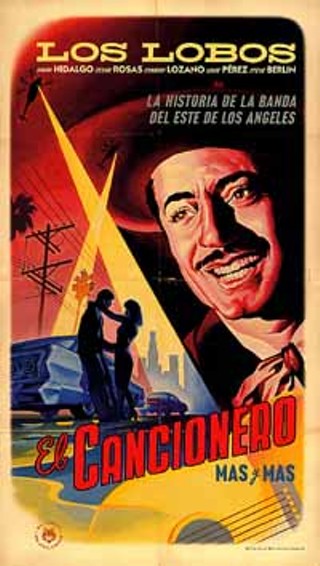 Few bands of Mexican-American descent have had the impact on American rock & roll as Los Lobos. In fact, they're so far ahead of the pack, they've carved out a niche all their own. Whatever type of music they attempt appears fully formed, played with a flair that captures the genre's essence. Can you name another band, of any nationality, that can do blues, Tex-Mex, country, rock, folk, soul, and traditional Mexican music, and make it all sound true and natural? You can't, because there isn't one. Only Los Lobos.

With their new 4-CD box set El Cancionero -- Mas y Mas: A History of the Band from East L.A., Los Lobos have once again proved a hard act to follow. A marvelous collection for longtime fans and the uninitiated alike, El Cancionero plays like an aural history of the band, from their initial recordings in 1978 up to and including songs planned for a 2001 release by the ongoing and ever-growing Hispanic-American supergroup Los Super Seven. Lovingly put together with rare photos and recordings, El Cancionero offers a glimpse into the band's past that illuminates who they are and how they got that way. According to drummer Louie Perez, the Lobo most responsible for putting the box together, El Cancionero translates as "Songbook."

"It also means the person who interprets songs," explains Perez. "It's a kind of a takeoff on the old Hit Parader magazine."

Hit Parader, for those who didn't grow up in the Seventies, reprinted the words and music to the popular songs of the day. Taking their name from a popular Mexican Norteño group, Los Lobos Del Norte, America's self-proclaimed "just another band from East L.A." were no strangers to a little wordplay, dubbing themselves Los Lobos Del Este (de Los Angeles) in 1973.

And yet not long afterward, the group hooked up with the much more like-minded Blasters, who hailed from the even further East L.A. town of Downey. Led by brothers Phil and Dave Alvin, the Blasters took Los Lobos under their wing and helped them become labelmates on Slash Records. With their well-received debut EP in 1983, And a Time to Dance, featuring the Grammy-winning track for Best Mexican-American Performance, "Anselma," Los Lobos were on their way.

Following the band's recorded history in chronological order, El Cancionero is most impressive in the way it mixes musical styles without ever coming off incongruous. Two previously unreleased live tracks from 1984, for instance, illustrate that they could play greasy R&B with a ton of soul as nimbly as knocking out a ranchera en Español and never miss a beat. Flash forward to a show at Stubb's this fall that included an even more expanded musical mix, and it's obvious Los Lobos have grown musically while remaining the same group of friends.

According to Steve Berlin, who defected from the Blasters and joined Los Lobos in 1982 to play saxophone and keyboards (and produce the group's first two albums), the band's 1984 full-length, How Will the Wolf Survive, was a major turning point for the wolfpack.

"The day David [Hildalgo] brought in the song 'Will the Wolf Survive' to the rehearsal room was a huge turning point," remembers Berlin. "Up till then, we were like a blues band with some extra jimmies. We might have had higher aspirations, but nobody voiced them until that song arrived. I just remember hearing that song and thinking, 'Everything's gonna be different from now on.' It was so different from anything we had done before."

Indeed, that one song became a signature for the band, later recorded by Waylon Jennings, who had a hit with it on the country charts. Three years elapsed before the group's next album, By the Light of the Moon. Although less popular with critics, it showed a band with tremendous potential and excellent songwriting skills. During its recording, Los Lobos became involved in recording the soundtrack for La Bamba, the story of original Hispanic rocker Richie Valens.

Perez claims that when Valens' mother Connie was asked for permission to do a movie of his life, she replied "only if Los Lobos can play the music," since they had already recorded a lively take of Valens' hit "Come On, Let's Go" on their debut EP. The movie was a surprise hit in the summer of 1987, with their recording of the title track going to No. 1 while the soundtrack album went double platinum. Despite the success, Los Lobos found themselves at a crossroads, stuck between a public that only wanted to hear "La Bamba" and the Lobos' desire to be the band they always were.

The path chosen was 1988's La Pistola y El Corazon, a collection of acoustic Mexican folk songs. While the album might not have seemed like the best way to capitalize on La Bamba's commercial breakthrough, it refocused the band by forcing them back to their roots. A success artistically, La Pistola won the band a second Grammy and revived them spiritually.

Their next effort, 1990's The Neighborhood, more or less picked up where By the Light of the Moon had left off, containing such highlights as "Be Still," "Down on the Riverbed," and the title tune. An enduring favorite to fans, the album nevertheless left the band feeling like they had worked themselves into a musical corner. What followed was 1992's Kiko. Both experimental and deeply rooted in all the music that had influenced them over the years, Kiko was the breakthrough they needed.

"We had no confidence at that point," notes Berlin, "but we had lots of hope. Then sitting down and listening to the entire album after it was done was an amazing moment. Listening to it, it just seemed unimaginably beautiful. I was trying figure out how it was done, and I played on it."

Berlin is quick to credit Kiko's producer Mitchell Froom, who first worked with the band during the recording of "La Bamba," and engineer Tchad Blake.

"It was the work of seven people, not two, that made that album and we were all really grumpy," he says. "It was like, 'Fuck the record business, what the hell do they know anyway?'"

The experiments continued on their next two albums, Colossal Head (1996) and This Time (1999), with varying degrees of success. In the meantime, Los Lobos' stature as a band has grown with each tour. Today, they are known as one of best live acts in America, mixing and matching several different styles into one delightfully steamy, sweaty jam. If there's one thing the box set skimps on, it's material from this aspect of the band.

"We decided not to put a lot of live things on it," explains Perez. "We decided to save them and just put out a live record, which we've never done and people have been asking for for a long time. We've been taping shows for the past five or six years, so we've got lots of good stuff."

Instead of live material, El Cancionero collects a number of worthy peripheral moments: Tunes from side projects like the Latin Playboys and Los Super Seven; material from various soundtracks (Desperado, The Mambo Kings, Alamo Bay); and tracks from tribute albums to the likes of Richard Thompson, Doc Pomus, Buddy Holly, and the Grateful Dead. To everyone except the band, it's amazing that the same four guys have lasted together as long as they have.

"It doesn't seem like 28 years really," remarks Perez. "I think a lot of it has to do with the fact that we were friends before we ever put the band together. We more or less grew up together. David and Cesar have known each other since junior high. I've known Conrad since high school. That had a lot to do with it, but there's some mysterious thing that keeps us together -- from the very beginning there was a chemistry that felt right. Whatever that thing is, what we felt from the very beginning, it was something we wanted to hold on to."

Berlin has a simpler explanation.

"Repeated applications of refried beans," he laughs before turning reflective. "The band worked in relative obscurity for seven years before anybody paid attention to them, before they made a record, so they were able to work out all the emotional issues well before success or money or anything else. So when money showed up they were very well adjusted.

"I joined the band in 1982, and it took me until very recently," he laughs again, "if not ever, to learn how to not respond to emotional issues with emotional intensity. When something emotional is going on, very rarely does it escalate into any ugliness -- and I've been around enough bands as producer to know that's a very tough thing to do."

Los Lobos plan to start working on a new album in January, and hope to have it out next fall.

Los Lobos, El Cancionero -- Mas y Mas: A History of the Band from East L.A., Steve Berlin, Louie Perez, David Hidalgo, Cesar Rosas, Conrad Lozano, And A Time to Dance, How Will the Wolf Survive, By the Light of the Moon, The Neighborhood, Kiko, La Bamba, This Time, Col