Buddha and the Chocolate Box, Teaser and the Firecat, Catch the Bull at Four, Tea for the Tillerman, Greatest Hits, Mother Bone Jakon, and Foreigner (A&M) 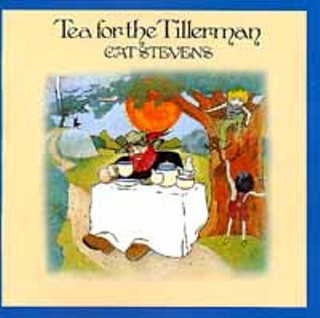 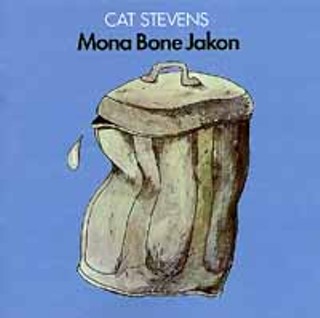 Buddha and the Chocolate Box (A&M)

Teaser and the Firecat (A&M)

Catch the Bull at Four (A&M)

Tea for the Tillerman (A&M)

It's a serious riddle, attempting to remove your judgment of music from the time you first experienced its sounds. Listening to Cat Stevens' reissued catalog, your mind is pulled back into the more personal side of the tacky late Seventies, to where you sat with that proto-Goth girl at some midnight showing of Harold and Maude in a crumble-down theatre that smelled of Lysol and stale popcorn. Or you remember hearing "Oh Very Young" from Buddha and the Chocolate Box, catching the glorious stream of piano and voice over the car radio as your mom drove you through suburbs to the dentist where you'd finally have those braces taken off. It's a serious riddle, like the larger riddles Cat Stevens tried to figure out in his life and in songs that, when you hear them today, you think if all hippies sounded this good then you wouldn't hate the very idea of hippies so fucking much. Joy and wonder, peace and understanding, a continual questing for answers to questions the soul can't even fully form, all expressed with an unmistakable voice and much expert and intricate strumming of guitar, with instrumentation -- Andreas Toumazis' bouzouki from Teaser and the Firecat's "Ruby Love," the heavy orchestral jam on "18th Avenue" from Catch Bull at Four -- all suffused with light and energy. Stevens even did most of the album covers: whimsical little paintings like Maurice Sendak gone Buddhist. The man's a seraphic opposite to the bitters-and-blue ruin of fallen angel Tom Waits. Of course, Stevens' eventual answer was Islam, into which he's been reclused for many years under the name Yusuf, and from which he's only recently emerging -- at least enough to return to recording. Hope along with me that he'll have the same power and range, the folkishly stirring rockability evidenced by all those songs you remember even if you heard them only once: "Wild World" and "Sad Lisa" from Tea for the Tillerman, his cover of Sam Cooke's classic "Another Saturday Night" from the Greatest Hits collection, all those long-form tunes from Foreigner, the lesser-known tributes to the mysteries of life and love from Mona Bone Jakon. "Keep on pushin' hard, boy, you're gonna wind up where you started from," he sings in "Sitting," from Catch Bull at Four. And if our ears and hearts are fortunate enough, that's just what Yusuf Islam's gonna do.

(Tea for the Tillerman; Greatest Hits