Broken Spoke is broken into and thieves ride away with owner James White's family heirloom: a saddle, mister. 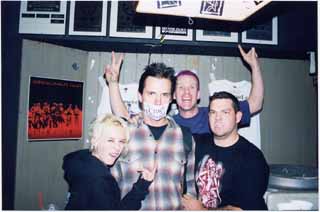 There wasn't much to be thankful for at the Broken Spoke the day after Thanksgiving. That Thursday night, just as the club closed, thieves broke in and stole a 1940s Hollywood saddle that was given to owner James White by his father, who rode it for 20 years in the Rose Parade. Frustrated, White's wife Annette says that though there were still people in the club at the time of the theft, and the police were called as soon as the sound of breaking was heard, the saddle and the culprits were gone by the time the authorities arrived. "It's those 911 people," she complains. "The policeman said he was on Ben White when he got the call -- he could have been here in time if 911 didn't want to know my whole life story first!" White said that due to the holiday, no detectives were available until this Monday, further slowing down the investigation, but that there are a "couple of leads" so far. The silver-laden saddle cost $5,000 in the 1950s, and its worth is presumed to be far in excess of that today, but White believes that the value of the silver is probably not enough on its own to justify the thieves melting it down. Anyone with info on the theft of the saddle is asked to call the club at 442-6189. "Don't call 911!" adds White.

There's quite a bit of competition this year among Austin musicians hoping to get you into their audience come New Year's Eve, but this year, a surprising number of them want you to pass over the Three Mile Limit to do it! This year, Far Flung Adventures' New Year's rafting trips feature a four-day trip with Stephen Fromholz through Big Bend's Santa Elena Canyon (Dec 29-Jan 1) and a Butch Hancock-hosted excursion to Veracruz, Mexico (either the basic Dec 29-Jan 2 package or an extended trip of Dec 26-Jan 2). Just as those boats dock, Delbert McClinton's got a cruise heading out with musical entertainment from Asleep at the Wheel, Marcia Ball, Junior Brown, Bekka Bramlett, Bonnie Bramlett, Stephen Bruton, Tommy Castro, Bruce Channel, Nick Connolly, the Derailers, Jimmy Hall, Al Anderson, Wayne Toups & Zydecajun, and, replacing John Hiatt, who pulled out due to family commitments, Michael McDonald. Funny, I would've thought Ray Benson brought enough Doobie for everyone. Benson says that, yes, if you saw something in the news about a cruise ship getting seized recently, that's the one they were supposed to be traveling in: the Rembrandt. The company that owned that ship went under, as it were, and all their ships were confiscated by creditors (I expect to see them up on eBay any minute now). The McClinton cruise (1-800-DELBERT) will instead take place on the Regal Empress from Regal Cruise Lines, Jan. 2-7, running from Florida to Cozumel, Mexico, both noted for their lovely beaches, friendly natives, and questionable voting practices.

A Ray of Light in Winter

Speaking of Benson, the holiday season is bringing with it a load of Asleep at the Wheel-related stuff. Look for an appearance on Craig Kilborn's late night show later this month (I believe that's the 14th.) Benson also makes a special appearance on 12-year-old Billy Gilman's "first-ever television special" (what took him so long?), Billy Gilman's Classic Christmas, on TNN next Tuesday, 7pm (repeats Dec. 13), along with teen opera phenom Charlotte Church, contemporary Christian artist Michael W. Smith, and 17-year-old country artist Jessica Andrews. Benson is credited with discovering Gilman, who edged out long-standing record holder Brenda Lee to become the youngest person to ever have a song on Billboard magazine's Country Singles chart. "This is the first time I was the oldest person in the cast of a show -- by double digits!" sighs Benson. A song he wrote for Gilman, "I'm Gonna E-Mail Santa," can also be heard as a duet with the ever-frightening Rosie O'Donnell on the daytime show host's own Christmas album; O'Donnell also "sings" duets with plastic Texan Jessica Simpson and even the Dixie Chicks (do people just not have standards anymore?!?). Speaking of alternate recordings, Benson also tells me that Asleep at the Wheel is busy re-recording loads of their classic hits for a greatest hits album, to be released independently on the band's own label. "This is my first adventure in that whole bag," says the longtime major-label-dwelling Grammy hound. "If it works, we'll continue doing it." Tell ya what, Ray, I figure you've had enough time to develop a fan base -- I think it'll fly. If not, you'll just have to put those kids to work mowing lawns and stuff.

Former Bad Liver and current Northwest-erner Danny Barnes returns to Austin next week in celebration of his new solo CD, Minor Dings, on Portland's Cavity Search Records (www.cavitysearchrecords.com). Barnes played all the instruments on the disc, engineered, programmed, etc., and you can check out a free MP3 sample at www.dannybarnes.com. Barnes, by the way, is one musician who's perfectly happy with the current state of the music industry. "People whine a bunch about how things in the music business are in a weird place and all that," he opines via e-mail, "but I think there's tons of cool shit going on. A lot of new businesses have sprung up in the wake of the big shakeup. The underground is back! It's really fantastic to put out strange records -- if you put something out that you really believe in, you win. Viola." Barnes' storming tour of Austin and the area runs Wednesday, December 6 at the Cactus Cafe, Friday December 8 at Tower Records, 5pm, and Saturday, December 9 in Houston at Rudyard's. After these Texas dates, he heads back to Oregon and starts planning for an early 2001 Pete Krebs/Barnes duet CD, as well as the recording of a disc with Thee Old Codgers, which includes violinist Jon Parry (Hank Williams Jr.) and bassist Keith Lowe (Fiona Apple), playing Barnes' compositions for a small acoustic ensemble with Wayne Horvitz producing. So what does Barnes miss about Austin? "One thing is all the VFR weather," he replies. "I got my pilot's license this summer, and where I live now, we get socked in a bunch -- ceilings too low to fly -- though I do find the gray weather more stimulating for heads-down compositional work. I get a lot of work done up here."

One thing that Mike Watt, former Minuteman and current member of J Mascis & the Fog, likes about Austin is hot sauce. At the Fog's recent show at the Mercury (see "Live Shots," p.90), Watt was given some sauce former Chronicle staffer Elizabeth Hahn tried to give him in NYC. "I was given the hot sauces just before going on," says Watt via e-mail, "so I had them in my hand and brought them on stage. I was near the wall and there was a little table between me and it. The fucked thing was that later on, one dropped out of my back pocket getting out of the van. Damn! I got the other one, though. I had some in the van ride up to Dallas with sardines, and it was good." Seeing as Watt almost died last year from "a big fucking infection inside me," and is still in the long process of recovering from major surgery, the idea of his eating hot sauce makes my stomach hurt, no matter how many reports say it's actually good for that sort of thing. To each his own, though -- feel that burn, man! On reports that Gibby Haynes, hot on the heels of being too sick to play his well-advertised spot at the Led Zeppelin Hoot, was backstage and planned to do the Stooges classic "No Fun" with the band, Watt says he never ran into the Butthole Surfer. "We heard Gibby was supposed to come, but we never saw him. We did do 'No Fun' with him at Evan [Dando]'s wedding Oct. 27 in Central Park -- wish we could've done it again." Oh, and one last note from Watt; he reports that "[Austin resident and former Minutemen producer] Spot will tour with me in the spring." Now, that's hot news!

Robert Earl Keen and Lucinda Williams will soon have a new home together, it seems. The December 2 Billboard reports that Frank Callari of FCC Management and Mercury Nashville head Luke Lewis have joined forces to start a new label. The label, not yet named, will be a Mercury imprint and is hoping to get started in spring 2001, though the participants noted the "glacial" pace of getting such an enterprise started in the Billboard piece. Plans call for Callari to serve as A&R and artist development chief with the label's first acts being Keen, Williams, Kim Richey, and Whiskeytown's Ryan Adams, with further talk of signing Billy Bob Thornton to a deal as well... Ian Moore will be taping a live album during his New Year's show at Antone's and is shooting footage for an accompanying video that night as well. Meanwhile, the unusual (if not cruel) band teaming of the week has to be Austin's Cruel & Unusual and Moore (whose name got spelled Mooer on the marquee -- bet he had a cow over that) in Spokane, Washington, at Ichabod's, as seen this week's "Dancing" art... Country roots songwriter James Hyland, originally from Corpus, with a band that includes 17-year-old Warren Hood (son of Champ), has a new CD out that includes a duet with Toni Price of a previously unreleased Walter Hyatt song plus a Ween cover. You can't beat a combination like that! Hyland's CD release parties are tonight (Thursday) at Mangos, 9:30pm, Friday at MoMo's, 8pm, and next Thursday at Lucy's. Correo Aereo also has a CD release party tonight at 10pm at the Clay Pit, and 100 Days will be at the Metro on Sixth Street on Friday to celebrate the release of their debut CD, Little Black Room... New CDs out now include Danny Sandock's One for All Seasons, Adam Carroll's Looking out the Screen Door, Frank Martin's Rock & Roll Stories: A Collection of Songs by Steve Witte, Laura Scarborough's Chapter One: Desire, Coz the Shroom's Nun Crème, and about three dozen others that I can't ever find when I'm trying to fill out one of these damn columns... OOPS!: Last week's photo of Daniel Johnston on Abbey Road should've been credited to Graham Dolphin. Hey, I assumed by now someone had just set up an automatic camera and a billing machine on that spot ...