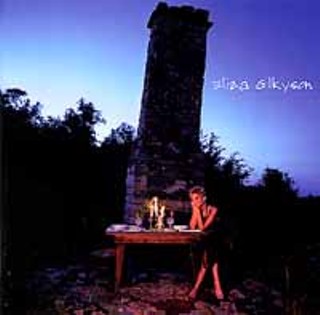 Following Misfits, her fine, self-released collection of songs from 1999, Eliza Gilkyson underwent some trying times. Her father, folk singer Terry Gilkyson, passed away, a close friend committed suicide, and she went through a difficult relationship breakup. Hard Times in Babylon is a diary of sorts on how she dealt with those painful situations. The disc opens with "Beauty Way," a semi-autobiographical piece on the life of a guitarslinger, then follows with the title track's plea for a friend's return when none is possible. Gilkyson does a fine job of keeping the personal at arm's length, and gives the listener just enough information to fill in the blanks. In doing so, she avoids cliches, succeeding in making music that's highly listenable, with striking melodies and lyrics that demand attention. Songs like "Twisted," "Coast," and "Engineer Bill" find her using a variety of musical backdrops to convey her sense of distress during trying times. Examining love and loss is never easy, yet she finds a way that is both captivating and enlightening. Gilkyson is assisted by some of Austin's top players here. Mark Hallman, who acts with Gilkyson as co-producer, guitarists Mike Hardwick and Matt Andes, bassist Glen Fukunaga, and drummer Rafael Gayol all give her an assist in producing a collection of songs that are striking for both the refined playing as well as the depth of emotion on display.