Live and Beyond (Favored Nations) 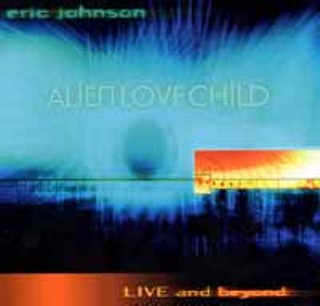 Live and Beyond (Favored Nations)

To say that singing the blues is one of Eric Johnson's strengths is like denying the Austin-born guitarist his due as one of the most influential guitarists to come out of Texas in the past 20-plus years: just plain wrong. That Alien Love Child is the renowned axegod's blues-based local side project, the recent release of Live and Beyond on a small label doesn't necessarily seem like the perfect antidote to Johnson's stalled career, in which his obsessive studio perfectionism rendered 1996's Capitol Records release Venus Isle dead in the water and left the guitarist unable to deliver a follow-up in timely fashion. Thus, when the thin, upper registers of Johnson's voice betray both a lack of range and grit on his original composition "Last House on the Block," Alien Love Child threatens to either crash or abort like a Christopher Cross comeback. Which may be why the song is 11 minutes long yet only features two minutes of Johnson's singing: The guitarist lets his fleet-fingered prowess do the talking. As a matter of fact, Johnson's vocals are few and far between on Live and Beyond, both the silky, skyward "Once a Part of Me" and Jimmie Vaughan gem "Don't Cha Know" voiced by unsung local hero Malford Milligan, who knows a thing or two about the blues. So does Johnson, who burns his way through this 52-minute live set with cohorts Bill Maddux (drums) and Chris Maresh (bass) like a guitarist with a serious axe to grind. Opener "Zenland," "Last House on the Block," and "The Boogie King (Tribute to John Lee Hooker)" all are reminders of why Johnson inhabits a hallowed place in the Lone Star State's Hall of Guitar Greats: he's on another plane. Live and Beyond, a return to form.