Stories From the City, Stories from the Sea features a return to the three-piece format found on PJ Harvey's first two studio efforts, and it's the album's stripped down, hard-driving sound that recalls those early days. Well, sort of -- sometimes. Polly Jean has never been too interested in repeating the past, consistently altering her sound on each album, often from one song to the next. Stories reintegrates some familiar blues elements evident on 1998's Is This Desire?, but the new album also moves in less familiar directions. "Kamikaze" hijacks the bombastic-fantastic of 1993's Rid of Me and proves it's just like riding a bike. Likewise, "The Whores Hustle and the Hustlers Whore" is a swift kick in the ass, as energetic as anything Harvey has done. "Good Fortune" and "You Said Something" offer uncharacteristic optimism in pop form, while the hypnotic refrain of "Horses in My Dreams" may provide the clearest example of the sense of serenity permeating this album. In many respects, Stories offers a brighter morning after Desire's long night of the soul, which is not to say that this reflects some fundamental shift in PJ Harvey's state of mind. Maybe she just changed the camera angle, and we're seeing facets we hadn't seen before. It's really nothing new for her: Harvey seems to embrace change in her music, and perhaps in her life as well. Which is not a bad idea. Not to worry, though. "One day we'll float, take life as it comes ..." 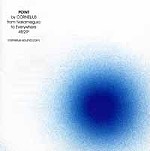