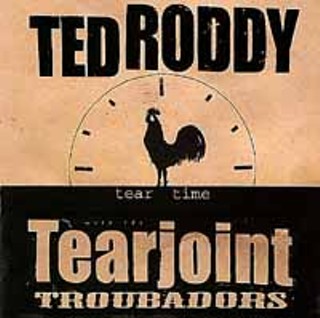 Back in the early Sixties, high-powered producers like Chet Atkins, Billy Sherrill, and Owen Bradley introduced the term "countrypolitan" into the music lexicon, with arrangements that were cleaned up and sweetened considerably. Country purists have scoffed ever since, pointing to the sorry state of current Nashville product as the end result of the countrypolitan trend. There was plenty of good stuff, though, that came from those days, and Austin gadabout Ted Roddy's latest release is more in line with the best of Sixties honky-tonk. Roddy is backed by several of the usual suspects this time: Lisa Pankratz, Kevin Smith, Jim Stringer (who also worked the studio knobs), Darcie Deaville, and Marty Muse. The end result showcases his slick, suave, and smooove Elvis-style vocals and great harp work in a slew of swingin' country crooners. Standouts include "All Night Texas Turnaround," an ode to countless miles logged up and down interstates 10 and 35; "Something Good," a duet with Karen Poston; "Se Habla Heartache," a south-of-the-border lament; and "By My Side," a harp-driven number with enough energy to light up the Little Longhorn. Jim Stringer's tasty Telecaster work weaves strands throughout each song without ever upstaging the Rod or the rest of the Tearjoint Troubadors. Mainly, though, this is all about Ted and his throat: smoky and versatile, as demonstrated on "Pick Up & Move On," a straight-up rockabilly rave-up that closes out the 15 songs on Tear Time. When someone is as busy musically as Ted Roddy, it's hard to be consistently good, but the Tearjoint Troubadors certainly seem to be firing on all eight cylinders. "Countrypolitan" needn't be a pejorative after all.