Dress ya ass up for a hip-hop Halloween. 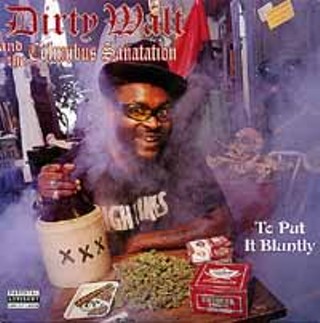 DJ Boris here, saying why not make this a hip-hop Halloween? Given what's fallen into the Beat Box since we last visited, there's no shortage of costume options. But beware: Tricks abound.

Eminem: No, homeowners, all those kids in orange jumpsuits aren't part of some mass escape from the State School. But you better give 'em all your motherfuckin' candy anyway. (The Marshall Mathers LP, Interscope)

L.L. Cool J: Silk drawers, periwinkle Armani, and gators. When he's not battling DMX, Redman, Xzibit, and Prodigy, L.L. remains committed to doing whatever it takes to get those panties off. (G.O.A.T., Def Jam)

Mystikal: Only the thuggest Down South soulja rags. Tums too, as the real secret to Mystikal's choleric flow could be a bad case of heartburn. "Shake Ya Ass," and that's an order! (Let's Get Ready, Jive)

Limp Bizkit: Dickies three or four sizes too big, or whatever makes you the most comfortable when tearin' shit the fuck up. (Chocolate Starfish and the Hot Dog Flavored Water, Universal)

Too Short: Wifebeater, warm-ups, and Hush Puppies. When you're as deep in the pimp game as the Short dog, attire must be easily removable for maximum ho-bangin'. (You Nasty, Jive)

Dirty Walt (with Columbus Sanitation): Unclear if anyone was actually wearing clothes due to the copious amount of smoke. Doesn't like President Clinton, but shares the chief executive's fondess for a good titty shake. Who doesn't? (To Put It Bluntly, Triple X)

Wyclef: Dunce cap for letting WWF superstar The Rock get on the mic. Kiss and make up with Lauryn and Pras already! (The Ecleftic, Columbia)

If all else fails, just hitch on a pair of tobaccer-stained bib overalls and slip New Beats from the Delta (Fat Possum/Epitaph) into your hi-fi. Teaming crotchety old bluesmen like Johnny Farmer, Junior Kimbrough, and T-Model Ford with supa-crunk DJs and MCs from Memphis and Atlanta, New Beats breaks ground by delving deep into the past. Whether making a loop out of some salty guitar lick, or pasting wheel-rattling bass onto a mournful vocal refrain, the result is so good it's spoooooky. Happy Halloween, pun'kinheads!