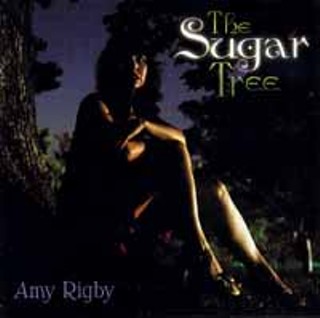 Just for the sake of argument, let's dispense with all that aging hipster hooey, and instead focus on critically acclaimed veteran songwriter Amy Rigby's songs. After all, her first two albums, Diary of a Mod Housewife and Middlescence, established her cozy role as rockin' elder babe in boyland quite adequately. While she hasn't stopped kicking and screaming against the effects of aging, she has managed to establish her place in the pantheon of wise and well-seasoned rock fossils, able to turn a tune and master an arrangement as purdy as any by Randy Newman, Warren Zevon, or Brian Wilson (or even less Paleolithic contemporaries Jules Shear, Howe Gelb, or any of those dBs boys). This time out, Rigby paints a poignant relationship tableau, flitting from gentle, lilting sentiment ("Angel After Hours" cries Gram Parsons, while "Sleepin' With the Moon" tips a knowing brim to the VU's "Femme Fatale," Alex Chilton's "Holocaust," and Santo & Johnny) to piss-spitting rage ("Balls" is a brilliant rant about falling for the wrong guy, complete with guttural guitars, testosteral tom-toms, and wistful gonad envy, while "If You Won't Hang Around" is an NRBQ-ian rip of pounding keys, deft and loopy Fifties rock riffs, and slaphappy bass and drums). Ultimately, The Sugar Tree is less about Rigby's outré status as rockin' single mom and standard-bearer for the Oh-Lordy-I'm-Turning-Forty Generation as it is about finding sweet fruit in the sometimes sad and bitter branches of love.