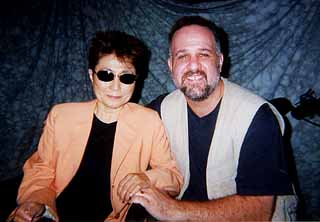 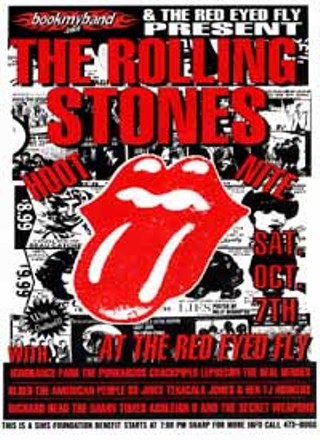 No news isn't always good news, it's sad to say. Last week, information came in just after deadline that local clubowner Paresh Patel was missing since Monday and that his Lexus had been found abandoned in East Austin on Tuesday. Unfortunately, in the week since, no new information has come to light regarding the whereabouts of Patel, co-owner of Azucar, Melagio, and the large new Sixth Street live music venue the Metro, which had just completed a successful grand-opening weekend on the eve of his disappearance. Rene Adame, friend and business partner with Patel in several endeavors, told the Chronicle that the Austin Police Dept. is continuing to investigate the case, and they've suggested he not give interviews. The APD's public information office confirms that detectives are continuing to investigate, adding solemnly, "We're concerned for his safety and appreciate any help the public has to offer." Anyone who believes they may have information that may help find the missing clubowner is encouraged to call 911 or the local missing persons line at 974-5172.

In a less grim but no less newsworthy missing-person case, the Austin Music Commission was less than impressed with Austin Music Network manager Rick Melchior's absence at Monday's meeting, which was set to include a serious discussion about the future of AMN. Though Melchior was not required to attend the meeting, AMC chairman Kevin Connor said he found Melchior's absence "disappointing," and that, coupled with existing revenue-garnering problems at AMN, left the commission with no choice but to issue a vote of "no confidence" on the existing AMN management plan, recommending that the city give Melchior no more financial assistance than is called for in the current contract. The commission plans to "move fast," according to Connor, on formation of plans for alternate ways of running the 24-hour, locally based music channel, which will in turn be proposed officially to the City Council. History has shown that AMN under Melchior, who declined to return the Chronicle's calls, requires a great deal of the city of Austin financial input. "He's living almost exclusively off what the city gives him," exclaims a frustrated Connor, who insists he'll do everything in his power to keep AMN from ceasing operations altogether. In a separate but timely action, video archivist Tim Hamblin tells me that the city has officially placed responsibility for the vast collection of Texas music videos, which AMN uses as its video library, in the hands of the Austin History Center. This in effect makes the library a true, "permanent collection" and ensures it remains safe and taken care of no matter what the future of AMN brings. "I'm very proud of the city," beams Hamblin, "for showing that they give such great validity to this collection." Let's just hope we don't ever have to arrange for a private tour to see 'em!

Monday, October 9 would have been John Lennon's 60th birthday, and much ado is being made of it, from radio broadcasts and museum exhibits to parole hearings. Vocalist Kyle from new Capitol Records recording artists/John Lennon Songwriting Contest winners Dexter Freebish (see "Leaving Town," p.76) says he was "choked up" to learn that the Beatle's wife Yoko Ono had personally requested the band perform at the opening of a special Lennon wing at the Rock & Roll Hall of Fame in Cleveland on Oct. 19, so the currently touring Freebishes are desperately trying to juggle the date into their schedule. Twelfth Beatle Jody Denberg, seen here with his new life-size Yoko doll, adds that 107.1 KGSR will commemorate the milestone with six hours of special programming on Monday, beginning at 6pm with a new interview with Ono conducted by Denberg last month, followed by a three-hour, nationally syndicated Lennon birthday celebration program, and finally, 10pm-midnight, there's "Austin Celebrates John Lennon -- Live from the KGSR Music Lounge," wherein Austin musicians perform their favorite Lennon compositions on the air. Participants include Stephen Doster (who performs his own Lennon tribute Oct. 13 at the Saxon Pub), Patty Griffin, David Halley, Alejandro Escovedo, Craig Ross, Jon Dee Graham, Two O'Clock Courage, Gurf Morlix, Shawn Colvin, Eliza Gilkyson, and fresh from the Gene Clark/Byrds tribute last week, Ron Flynt & the Bluehearts. With all this Lennon talk, it's no surprise that rumors are rife that the decades-old Beatles vs. Rolling Stones debate may raise its ugly head at the Red Eyed Fly during the Super Stones Hoot this Saturday beginning at 7pm. The lineup includes Lepracon, Ignorance Park, Punkaroos, Crack Pipes, Real Heroes, Blued, American People, Go Juice, Texacala Jones & Her T.J. Hookers, Richard Head, Ashleigh D & the Secret Weapons, and the Damn Times. Look for some cool stuff to be raffled off, including a new Fender guitar.

Blasts From the Past

"Funny you should joke about a Poison 13 reunion happening," Bill Anderson said to me a couple of weeks ago, referring to a comment in the then-current "Dancing" column. I told him right then I knew it was no joke, but until the city approved a street closing (well, an alley closing, actually) behind Sound Exchange on Oct. 27, I couldn't let the cat out of the bag. Well, the store's Craig Koon now has confirmation from the powers-that-be, and I can tell you that this historic, Eighties-era punk rock reunion will be accompanied by its equally mind-bending 1990s equivalent as the Motards complete this local band one-two punch in the parking lot of the Goodall Wooten, courtesy of Sound Exchange, which is celebrating its 20th anniversary with one hell of a bang. Mark your calendars for that pre-Hallowe'en Friday night at around 9pm, and let's show the newcomers what a block party used to be like in this city.

Not that the Austin spectacles of today are small in any way, not when your Airport Rave is so big that it's outgrown the friggin' airport! If you missed the huge "steakhouse menu" fliers promoting the Oct. 6 extravaganza, note that this time around, the old airport is not actually going to be the site of this year's convergence. Instead, the festival is being held near the new airport, at a location promoter Noah Ark has modestly named Ark's Ranch, 8908 Ramirez Lane (see www.ark-entertainment.com or call 512/613-6600 for directions). "It just got too big," shrugs Ark over the move. As of the middle of this week, Ark was still the picture of composure, even after moving to the site Monday, where he will reside until the conclusion of the rave. He's promising a lot, needless to say, including a stage built by the Woodstock construction crew (hopefully he means the recent one) and intense pyrotechnic displays. Ark says he's continuing the airport theme by modeling the entire area after "a crash landing site," which, along with the explosions and high-volume music and noise, should provide quite an interesting view to those flights approaching the actual airport during the time the rave is in progress! Expect large-screen video presentations of highlights from last year's rave and, of course, big name hip-hop and rave artists like Kool Keith, Del tha Funky Homosapien, Carl Cox of Moonshine, Josh Wink, Lo-Fidelity Allstars and many more, not to mention Austin-area spinners like Twist-1, DJ Mel, Kathy Russell, etc. So far, with mere days to go, Ark says there have been no cancellations or deviations whatsoever from what's on the "menu" (see Music Listings). "They've all got their plane tickets," he notes without irony. Now all that's left is avoiding any unnecessary turbulence.

Seeing as this week's main Music feature is about the future of broadcast radio, there's an unfortunate symmetry to the news that came in just as we were going to press this week. Seems that local microradio station Radio One Austin, 94.3FM, was shut down by the APD and agents of the FCC. Longtime local community radio activist Megaha told the Chronicle she was preparing her 11am Wednesday program "Everything Happens At the Same Time" (don't I know it!) when "around a dozen" officers attempted to serve her with a warrant, which she declined to accept. Megaha said she was informed that the station was being shut down for "noncompliance with FCC regulations," and was allowed to collect her personal equipment and leave the scene... More movies and music (though that damn Rutles thing got rained out) this Thursday at Jo's Coffee stand on Congress across from the Continental as Ted Roddy shows off tunes from the Tearjoint Troubadors' new Tear Time CD at 8pm followed by a showing of the hillbilly drive-in classic Forty Acre Feud, featuring George Jones, Del Reeves, Ferlin Husky, and even Minnie Pearl. Look also for Roddy on Friday at the Carousel Lounge... The Larry Seaman Quartet is changing its name (back) to Violet Crown, not for the obvious reason (to avoid comparisons to the Seemen, right?), but because the side project had pretty much become the main band. They'll play the Green Mesquite early Friday, Opal Divine's on Sunday (where members of the Hickoids still haven't gotten to sample the "Hoagie Cheesesteak Taco" named after one of their songs!), and regularly at the Hole in the Wall... It's a far different type of Eugene Chadbourne show tonight at the Hole in the Wall as the former recluse returns for the second time in a year. This time, the world's most unique guitarist (and I don't use that modifier lightly!) has teamed with European free jazz drummer Paul Lovenz under the group name "Paul and Me" (after the Willie Nelson song, natch). Epistrophe Arts is putting on the show, with two sets by the pair sandwiched between an early-evening Nortons gig and a late-night Homer Henderson masterwork. Sounds almost as eclectic as the shows author Irwin Chusid has been putting together around the country to go with his new book and CD, both titled Songs in the Key of Z: The Curious Universe of Outsider Music. Chadbourne, Hasil Adkins, and Daniel Johnston are all scheduled for upcoming "Z" shows in Chicago, while Austin "outsider" Johnston is also set for an October 22 CMJ showcase in New York hosted by Chusid. Both of those performances, however, will depend on whether Johnston's dad/chauffeur has had enough time to cool down a bit before then; seems Johnston the younger went a bit wild during last weekend's visit to Austin to see buddies Yo La Tengo, where Johnston did a few tunes and Jad Fair jumped the gun on his own debut as a local (see "Live Shots," p.78). Rumor has it that Daniel's performance "privileges" may be in some danger... This issue's "last place you expected live music" award goes to the weekly gigs at the Red Lobster North (109 W. Anderson Lane). They just remodeled to create a new bar, and are utilizing it Thursdays, 6-10pm, with folk-jazz (or "fazz" as they call it) performer Brian Mullin. Hopefully, he won't have to do the company jingle; I'm still having flashbacks from being serenaded by the woman who sings the Red Lobster commercials while I was vacationing in Florida!... Finally, Missing Persons recently canceled a planned Austin date, which given recent local events, was probably a wise decision...