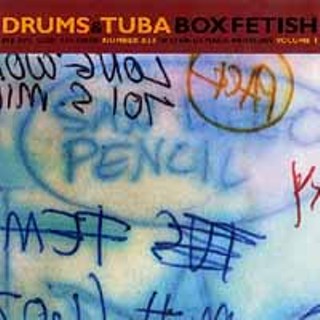 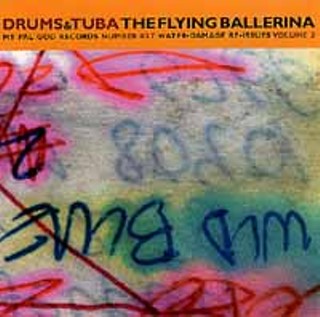 Former Austinites, brave pioneers, and true originals Drums & Tuba have found a new home in New York City, a new regular gig at the stalwart venue the Knitting Factory, and a new, eager, and productive record label in My Pal God. Shortly after releasing D&T's third CD Flatheads and Spoonies, MPG resurrected the trio's first two releases on T.E.C. Tones, the debut Box Fetish and its follow-up The Flying Ballerina. Both long out of print by now, the renewed availability of both discs is a blessing, as D&T is one of those word-of-mouth bands that people tend to stumble onto late in the game. Box Fetish reiterates why this trio continues to cause such a sensation in the more cerebral quarters of the rock world, chugging along far under the mainstream radar. Tony Nozero's precise and thundering drums goad the multiple personalities of Neal McKeeby's guitars, while Brian Wolff's double B-flat tuba perambulates and oompahs across the jarringly irregular compositions. Both CDs have new artwork as well as three bonus tracks apiece, those on Box Fetish offering more of an abstract breakdown than the complexly timed instrumental surges of the rest of the album -- only natural, as they were recorded three years after the original. And as Ballerina finds Nozero on a bit of sax and vibes and Wolff on a couple extra horns himself, as well as covers of Mingus and the Minutemen, the end cuts here reflect this expansionistic tendency, stretching into funky breaks and even some rare, purely melodic guitar parts. This tuba band ain't no novelty, and these reissues ain't no rehashing. And if you didn't already have them, the bonus tracks are almost worth the years of deprivation.