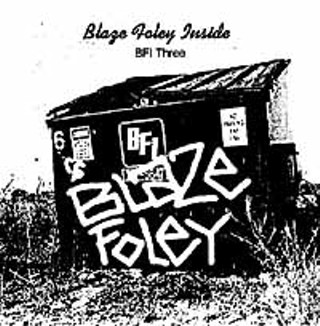 We're up to the third volume in a tribute series to the most famous singer you've never heard of. Surely, you think, a good idea is being beaten to death and it's time to end this thing. Well, this is supposedly the last of the series, but you'd be wrong about it getting tired; heck, the first two volumes didn't have "Girl Scout Cookies," so how could it have stopped there? Again, executive producers Ryan Rader and Jon Smith have artfully woven a collection of the late Blaze Foley's pals and snippets of the local singer-songwriter's between-song conversation together for exactly what a tribute should be: an expression of love. With only a few exceptions -- two in particular -- you've never heard of the singer-songwriters on here, and that's precisely what makes it work. If you pine for the old days of the Austin Outhouse, this sounds like a recorded jam session from that late, great local dive. Not everything here works, but when it does, it's far better than any high-budget, all-star tribute could have been. Highlights: Gurf Morlix, in his typical oddness, covers "123, 12345"; the Blazettes, including Foley's onetime girlfriend Mandy Mercier, capture the silliness of "Girl Scout Cookies" perfectly; Deep in Cider twist the R-rated "There Goes That" into something that might belong on a Prince tribute; and Misfit Zion has an appropriately moody take on "(New) Slow Boat to China." But wait, there is some star power on BFI Three: Rader and Smith managed permission to include Foley's greatest commercial success, Merle Haggard and Willie Nelson's cover of "If I Could Only Fly," originally on the Seashores of Old Mexico album. Oh yeah: Check out those enigmatic hidden tracks at the end.