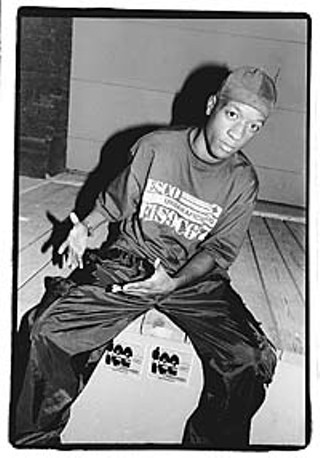 Photo By John Anderson
Hip-hop may be on top of the world, but it's still very much the red-headed stepchild of the Austin music scene. For a city that stakes a large part of its economy, and an even bigger part of its reputation, on its self-styled status as "Live Music Capital of the World," the lack of exposure and appreciation afforded local hip-hop is downright embarrassing. That's why it's become Tee Double's mission to change all that -- single-handedly if he has to.

"I'm really trying to bring awareness that hip-hop in Austin is serious," says the Austin-born MC, producer, and promoter. "It's not a fad, it ain't goin' nowhere, it's not a joke."

What is a joke, if not a particularly funny one, is the way the Austin music infrastructure continues to give its homegrown hip-hoppers the cold shoulder. Tee Double points to the annual Chronicle-sponsored Austin Music Awards as a glaring example of how the scene at large remains laughably behind the curve.

"You've got groups like Retarted Elf and other groups that have been broken up for years still being nominated," he says. "Come on. Bad Mutha Goose is still getting nominated sometimes."

Hardly one to take such an affront lying down, Tee Double is currently drawing up a blueprint for the Urban Music Alliance, which he hopes will be a South by Southwest-style conference that unites the disparate strands of Austin's hip-hop community and finally raises it to a level consistent with the artistic and commercial impact hip-hop exerts in other major cities.

"There needs to be a focus point, where all the hip-hop artists can go to if they need something," says Tee, who spent four years as SXSW Urban music coordinator before leaving to start his own Kinetic Entertainment.

He's got his work cut out for him, though. Right now, he says, just getting most clubs to consider booking hip-hop shows is an ordeal. Besides the lingering stereotype of hip-hop artists and fans as violent, disorganized, and unprofessional, Tee says it's hard convincing clubowners that hip-hop can be profitable.

"The first thing promoters ask when we talk about hip-hop shows is 'How many people do you think you can bring?'" he says. "They want to know the money equation, like, 'How much money can we make out of this deal?'"

Even when a club decides to book local hip-hop artists, for instance as opening act for a major touring show, Tee Double says he's encountered clubowners who aren't willing to pay performers what they're worth.

"Antone's, for a long time, they were like, 'I don't wanna do hip-hop,'" he says. "Now they've got Jungle Brothers and KRS-One, because they see it's money. It's generating some money, so everybody wants a piece now."

This single-minded, money-driven focus is why Tee Double remains suspicious of high-profile bookings like KRS-One's. More in the spirit of hip-hop, he believes, would be making the legendary artist available to local up-and-comers desperate for feedback and advice from someone whose very name is synonymous with the genre. 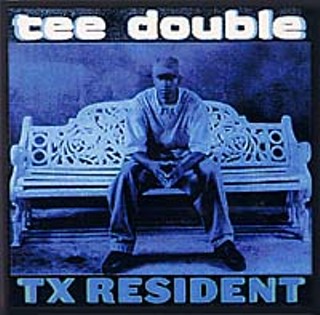 "They should have a part of the day when KRS-One is here where they have a sign-up list of cats who got demos, cats who got a question they want to ask KRS, and throw that into the contract with him," he says.

"Let [KRS] come somewhere like here and talk to the artists about how to get their shit on -- how to get a deal, how to do their music better, critique them. That would be so much inspiration for cats who the only advice they got is from their mother or their best friend. If they had something like that, where it's a big name saying, 'Your shit's cool, stick with it,' you're gonna work that much harder because KRS told you."

Since Austin appearances from hip-hop figureheads like KRS-One and Run-DMC remain few and far between, Tee Double has taken it upon himself to become something of an older brother to aspiring Austin artists. Now 27, he's already been in the game for close to two decades, convincing his mother to mail off his first demo to Warner Bros. at age nine. His latest undertaking on that front is this month's Illmatic Flow nights at Stubb's, where every Tuesday he'll host a platform for novice rhymers and DJs to test their skills in front of a live audience.

"It's kind of like a Lyricist Lounge type of thing," he explains. "I got the basement so I can let people get up there and rhyme who wouldn't feel comfortable rhyming at Hip Hop Humpday. I've heard a lot of people say that on Humpday; they're kind of intimidated because we're so together that when they get up there they feel like they can't come with it. But at Stubb's, it's more a relaxed environment, a little low-key, where you can crash and burn and tweak your shit."

Hip Hop Humpday, in case you're more clueless than Alicia Silverstone, is the weekly event at the Mercury where Tee and fellow local MCs Bavu, Tray God, and Garyson take turns freestyling at length while DJ Fifteen, drummer D-Madness, bassist Rudy Eccles, and keyboardist Taylor Ryan work the deepest of funk grooves behind them. Besides being a hell of a party, it's much-needed proof that live, local hip-hop can survive and thrive in Austin. When it started a little over a year ago, there were more people onstage than in the audience, but now it's not unusual for attendance to top 300.

"What we do is groundbreaking," says Tee. "For a year, we'd get up there every Wednesday night with a live band and a DJ, four MCs, and freestyle. It's all improvised. There are very few singer-songwriters who can get onstage, perform for three hours and improvise songs."

Tee Double is quick to credit the Mercury and owner Mark Collins for allowing Hip Hop Humpday to grow and find an audience when other clubs would have been quick to pull the plug. The reason why, he says, is because unlike other clubowners, Collins realizes there's more to hip-hop than just the numbers game.

"He knows that it's a culture. He respects it as an art form. These guys live this. Every day, we breathe, live, eat, drink, shit hip-hop. It's not like we wake up on Wednesday and show up at the club with our hip-hop gear on, rap all night, and then go home and put on our sweater-vests and penny loafers. This is who we are."

As Hip Hop Humpday thrives, Tee Double is looking for ways to keep the onstage electricity from stagnating, to keep the momentum going, to "take it to the next level." Besides floating the possibility of Humpday T-Shirts, he's trying to convince his compadres to record a Hip Hop Humpday CD, so the crowd "can take some of that energy home."

In the meantime, besides planning the upcoming "Unity Fest," an "urban mixer" scheduled for October 7 at the Mercury featuring Bavu and fellow local Smackola, Tee's got a little time to promote his recent second CD, TX Resident. He would've had it out sooner, but he's been busy running Kinetic, planning UMA and Unity Fest, acting as spokesman for Austin's Nakura clothing line, keeping it live at Humpday, and securing a record deal for his junior high buddy Mirage on his label Goodvibes.

"It took me like five months to record it," says Tee. "Usually, I do an album in a month, but I've been doing so much other shit. It's tiring, but I feel like if I wasn't tired, if I wasn't worn out, I feel like I wouldn't be accomplishing shit."

Even without all his other efforts, TX Resident is a solid accomplishment in itself. Squarely in the hip-hop style of A Tribe Called Quest, Nas, and Jurassic 5, its sharp rhymes, liquid beats, and pervasive Austin vibe (Mirage and the Humpday crew are both featured generously) are something Tee Double can point to with pride.

"It's good hip-hop," he says. "I play the CD like it's not me. When I go home, I put in Common, I put in Dilated Peoples, and I put in the Tee Double CD. And not just because it's me, but because I created some good shit on this CD."

"If I could have one of those ice cream trucks with a megaphone and drive around Austin all day talking about hip-hop, I would."