The Moon and Antarctica (Epic) 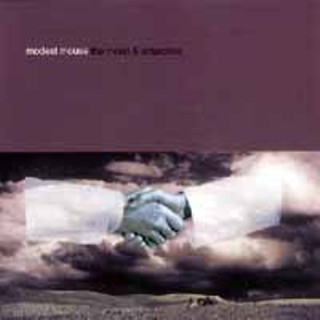 The Moon and Antarctica (Epic)

The best art often comes from the darkest places. Flashes of hope buried in "Lives" and "3rd Planet" flicker briefly and are swallowed again by the larger, less bright truths of life and living. The good news is that, in the hands of Modest Mouse, despair makes for a brilliant rock album. Singer and guitarist Isaac Brock's rage has matured and turned into genuine musical vision, and the results, as found on The Moon and Antarctica, are a force to be reckoned with. The lyrical perspective on humankind and our place in and effect on the universe is a bleak one indeed, angry and nihilistic, reaching past God into the very stars and still finding nothing but the pain of the here and now. "Dark Center of the Universe" swaggers and pounds, the bitterness of "Perfect Disguise" is offset by the sadness of "The Cold Part," and the loopy groove of "Tiny Cities Made of Ashes" is emotionally desolate. Where "Lives" briefly hopes, "What People Are Made Of" rails, ending on the pronouncement that our kind, "Ain't made of nothin' but water and shit." Musically, the album is all over the place, and lyrically, it stays down deep in the dumps, but they're all great fucking songs. Brock's guitar gets better and better in its crossing of screams and squeaks, hard riffs and halting tones, while Eric Judy's high-toned basslines swim in circles around Jeremiah Greene's chugging drums. Earnest and astute, intense and grave, ambitious and fully realized, The Moon and Antarctica is easily one of the best rock albums to emerge this year.