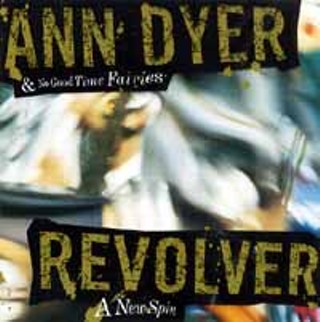 A new spin, indeed. San Francisco-based Ann Dyer is not your run-of-the-mill jazz singer. One earful of her self-titled, self-released debut on her own Mr. Brown imprint a few years back was quite enough for critics to sit up and take notice. Enough so, in fact, that she was subsequently dubbed "The Queen of Nouveau Jazz," a dubiously named sub-genre that would also include Chicago pianist/vocalist and kindred spirit Patricia Barber. Now Dyer, with her boldly left-of-center, jazz/pop/Far East vocal and musical sensibilities, has taken aim on The Beatles' 1966 prescient, pre-psychedelic masterpiece, Revolver. To these ears, the original will forever contain some of the Fab Four's most timeless and affecting songs, and Dyer is to be commended on the formidable task of re-constructing, sometimes de-constructing, and re-interpreting a set of immensely popular music that has long been indelibly etched into the collective consciousness (or at least into the psyche of astute baby boomers). It might take an attentive moment or two to fully enter Dyer's skewed dreamscapes with their constantly shifting meditations, intermittent dark and moody crawlspaces, and gnawingly ironic twists, but the rewards are bountiful. Her visions are most fully realized on the album's extended tunes, "Eleanor Rigby," "Rain," and the transcendental "Tomorrow Never Knows." On these pieces, her band of unorthodox instrumentation, No Good Time Fairies, a name copped from a tune by iconoclastic saxman Steve Coleman, is given the freedom to expand and color the musical canvas with an assortment of splashes and hues. Too quirky for jazz radio and too much saxophone for Triple A, Dyer's Revolver has a slippery elusiveness that ultimately helps make the singer's interpretations so appealing. It's amazing what can be done with these songs when not shackled to Ringo's metronomic time keeping. A new spin? You bet!