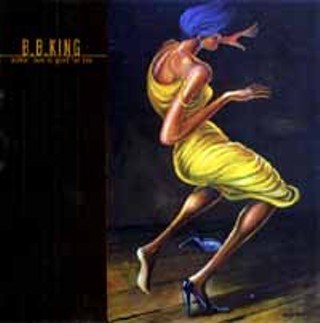 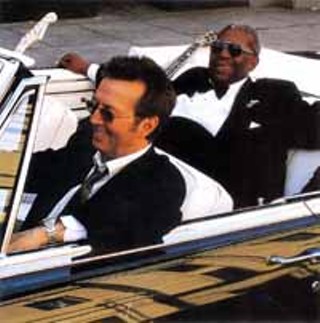 Making Love Is Good for You (MCA)

Riding With the King (Reprise)

Live at the Greek (TVT)

The King is dead, long live the King. While it's true, Making Love Is Good for You, many are those who have expired in the arms of their carnal consorts. The latest in a four-decades-long relationship with MCA, Making Love finds 74-year-old King of the Blues B.B. King in growling, vigorous form, singing better perhaps than at any other point in his 50-plus-year career. Lucille, on the other hand -- his guitar -- definitely has a headache. So must be finding and gathering material for this son of the Mississippi Delta, the album's title track, courtesy of Tony Joe White, sounding like a public service announcement for a new presidential intern fitness program ("so take care of your body, make a little love today"). Leading with a trio of tunes that reminds us one is never too old to suffer affairs of the heart -- "I Got to Leave This Woman," "Since I Fell for You," and the classic "I Know"("... you don't love me no more") -- Making Love is soon going through the motions on originals such as "Ain't Nobody Like My Baby," "Actions Speak Louder Than Words," and set closer "She's My Baby." A.C. Reed's humorous, Musical Economics 101 primer, "I'm in the Wrong Business," is a welcome stroke after a flabby mid-section, but overall, King's playing is nowhere as electric as on, say 1998's vibrant Blues on the Bayou. Like last year's Let the Good Times Roll: The Music of Louis Jordan, Making Love proves the King requires quality coupling for best performance. The CD booklet for Riding With the King, the new B.B. King/Eric Clapton collaboration, sports of picture of the two blues guitarists sitting side by side on a pair of amplifiers somewhere circa Cream's psychedelic heyday ('67), but even if this pairing has gone down before, it wasn't with this kind of art direction. A Grammy shoe-in for packaging, Riding With the King cruises along as smoothly as God's own Cadillac, the material and performances considerably stronger than on Making Love. Opening with a chugging take on John Hiatt's "Riding With the King," then alternating long slow-burners such as King's classic "Three O'Clock Blues" and "When My Heart Beats Like a Hammer" with well-worn, stripped-down acoustic fare like "Key to the Highway" and "Worried Life Blues," Riding is already classic rock, suitable for FM playlists and afternoon drivetimes everywhere. Two compositions by Doyle Bramhall II, who plays on nine of the album's 12 tracks, are among the best cuts on Riding With the King. No band ever plundered the blues without paying it the lip service (and in some cases, songwriting royalties) of first generation British Invasion figureheads like Clapton and the Rolling Stones more than Led Zeppelin, so the teaming of the group's mastermind/guitarist Jimmy Page, who with Jeff Beck replaced Clapton in Led Zep prototype the Yardbirds, and the modern-day equivalent to the Faces and Stones -- the Black Crowes -- has produced a royal blues-rock sound not heard since, well, the Mighty Zep. Opening this romping, stomping, 2-CD live set with "Celebration Day," Page and the Black Crowes rip through Zeppelin classics that didn't sound this urgent when Robert Plant could still screech, John Bonham hadn't drunk himself to death, and all three acknowledged bassist/ arranger John Paul Jones as the true genius of the band. Tearing into "Custard Pie" and then "Sick Again," the combo taps into an explosive energy straight off, and when Chris Robinson sings the hippie-dippy intro to "What Is and What Should Never Be," managing to sound like both a pre-'77 Plant and his own sassy, swaggering self, it's obvious how well-suited this matchup is. "We're gonna do this B.B. King number right here," he says as intro to "Woke Up This Morning," which features a short but electrifying solo by Page that evokes a Led Zeppelin never captured live on disc (the BBC Sessions suffered from the band not having achieved the maturity it reached by Physical Graffitti and Presence). What "Shapes of Things to Come" lacks in finesse, it makes up for in a raw, Rod Stewart-era Beckian meltdown. "Ten Years Gone" falls just shy of the mark, Page and Crowes' guitarists Rich Robinson and Audley Freed generally in sympathy throughout the album's 110-minute running time, and while "In My Time of Dying" doesn't do justice to what Page has been known to do live, disc one closer "You're Time Is Gonna Come" practically sounds better than the original. The second disc is even better, beginning with an incendiary, nine-minute blowout of "The Lemon Song," which gives way to a roaring "Nobody's Fault but Mine" followed by an equally fierce "Heartbreaker." The furious freakout of "Shake Your Money Maker" may be the best the Crowes have ever been on LP. "We don't play rock & roll," said B.B. King back in 1957. "Our music is blues, straight from the Delta. I believe we'll make it on that." So will the Black Crowes. Long live the Kings. 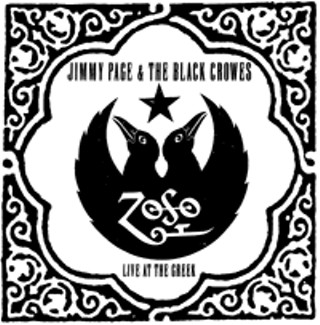 (Making Love Is Good For You)

(Riding With the King)

(Live at the Greek)