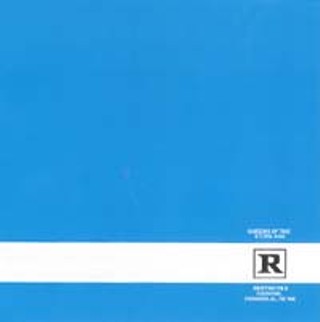 Somebody notify K-Tel: There's a new free-associative companion to R.E.M.'s "It's the End of the World as We Know It (And I Feel Fine)" and Billy Joel's "We Didn't Start the Fire" -- Queens of the Stone Age's "Feel Good Hit of the Summer." It's a bona fide anthem with a brilliant hook that's part Nirvana, part Jon Spencer, and a list of just seven words, "Nicotine, Valium, Vicodin, marijuana, Ecstasy and alcohol, cocaine." For good measure, there's backing vocals from Rob Halford. It's a doozy of an album opener and perhaps the year's catchiest song, but it's also just about the only track on Rated R that you'd expect from these post-Kyuss stoner-rock godheads. Sure, the rest rocks plenty hard on the back of precision rhythms, fuzzy guitars, and psychedelic lyricism, but the sum total is ultimately pretty surprising: Rated R owes as much to progressive rock as metal and to studio experimentation than plug 'n' play minimalism. In fact, Rated R is less QOTSA II than a long-lost Masters of Reality album, and that's no coincidence; the Masters' Chris Goss produced the album and contributes on half its tracks. For each radio-friendly oddity like "The Lost Art of Keeping a Secret" or "In the Fade" (co-written and sung by Screaming Tree Mark Lanegan), there's a spellbinding swirl of complex, but oddly unpretentious, art rock -- from the Pink Floyd-style "Better Living Through Chemistry" to the nine-minute, could-be-a-Bitches' Brew-outtake "I Think I Lost My Headache." Both the real songs and free-form freakouts blend into something fully original -- a wall of sound, hooks, and quirk that add up to seven more words: "The First Must-Have of the Summer."