The Gourds weren't Phishing for trouble when they covered "Gin and Juice"; the Meat Puppets have (probably) found a new home. 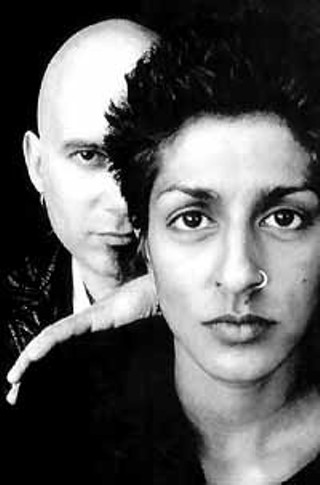 "This thing has taken on a life of its own!" exclaims Kevin Russell of the Gourds over the massive play their cover of "Gin and Juice" has gotten via controversial Web site Napster.com. But wait, you say, you've heard the Napster fave but weren't aware it was by Austin's Gourds? Well, that's because, due to the way the site works, the song is most often mislabeled as being performed by Vermont jam band Phish. That band's Web FAQ (Frequently Asked Questions) list postulates that the confusion stems from the fact that the song was originally done by Dr. Dre, Snoop Doggy Dogg, and an NYC hip-hop artist named Phish. "I still get two or three e-mails a day from college students," says Russell, "who keep asking, 'Is it Phish or is it the Gourds?' I had all the fans I know out there spreading the truth." The confusion may be slowly straightening out, but at one point it was so bad that people tell me they were hearing Austinites Dynamite Hack getting derisively called "Phish wannabes" over their cover of another Dr. Dre tune, "Boyz-'N-the Hood," and a writer for a college newspaper in Georgia told Russell he had been "threatened with violence by frat boys" after daring to reveal the truth in print! Clearing up the situation has been aided by the fact that, according to Russell, it turns out a lot of Phish fans are also Gourds fans, and it's not uncommon to hear Gourds albums blaring from cars in the lots of big Phish gigs. Even with the song properly identified, however, the band has been stymied by the whole situation, because the song appears on their Watermelon Records EP Go Gitcher Shinebox, meaning that it's been stuck in the middle of that label's eternal bankruptcy hearings. Fortunately, a new Australian best-of compilation called All the Labor, which contains the song, should be available to fans via the Web any day now -- if they're not all tired of the tune by now. If they are, the band will have their next album, Bolsa de Agua, out on Sugar Hill in August, with plans to reissue their entire back catalog on that label by the end of the year. Since Russell says the band has gotten back their Watermelon albums already, the rest should be as easy as a tall cool drink of gin and juice.

Fishing for a Label

The Meat Puppets and their management can't reveal anything yet about their new label situation, but you can tell they're chomping at the bit to do so. I'll take some of the pressure off by revealing that the band is expected to announce their signing to Atlantic Records after ending longtime label problems stemming from the merger of their previous label London with Universal Records. New Atlantic subsidiary Breaking Records, helmed by Darius Rucker of Hootie and the Blowfish (not to be confused with Phish, or with Trout Fishing in America for that matter), has already plunked down money for the band's new single, which the Puppets' Austin lineup, including former Pariah members Kyle Ellison and Shandon Sahm (son of the late great Doug Sahm), have been working on in Memphis.

Sir Doug's posthumous country album, The Return of Wayne Douglas, has been postponed, but only for a week, says Reprise Records VP/Tornado Records co-owner Bill Bentley, playing down rumors that his partner David Katznelson's dismissal from Reprise led to an ugly situation regarding the album's distribution. Bentley says that Katznelson's split with that label merely "frees us up" from using Reprise's distribution and gives Tornado a chance to switch to a Texas-based distributor, who can "pay a little closer attention" to the Lone Star-centric nature of the album. As is the case with the Meat Puppets, at press time, Bentley was not quite able to confirm the name of the company Tornado would be working with, but if the album is indeed to make it out by June 27 (as opposed to the previously announced June 20 date), he obviously better know pretty quick.

Run for the Border!

Y'know, most people crammed into the trunk of a car entering the U.S. of A. tend to be headed north, but trust Ian Moore's band to get it all upside down. With drummer J.J. Johnson off on a Neil Finn tour, Moore's been traveling with Kitty Gordon's drummer Nina Singh on his tour of the northern U.S. and Canada. Which was fine, until it came time to cross back over the border and it turned out that Canadian citizen Singh was not allowed re-entry into the States! Furthermore, says band member Bukka Allen, they were told she could've been stuck in Canada for five years or more, but fortunately, a rep for Moore's label Koch Records was nearby and smuggled Singh back across the border in the trunk of a rented green Ford the next day, and she didn't miss a single gig, including two shows at the Bottom Line in New York City. Moore's management has since announced that Singh needs to be married off to a U.S. citizen to prevent further border problems. "Time is of the essence," exclaims manager Jan Mirkin, who will be collecting photos and essays from potential suitors at the band's return gig on July 7 at Antone's. Actually, the band will be back in Austin on July 4, and Allen points out Singh will be able to "celebrate Independence Day in the Land of the Free."

Fans of Primal Scream may have heard the band doing just that if they happened to be dining at Ruth's Chris Steak House the night before the band's show at La Zona Rosa two weeks ago. Trying to hide at a table in the back of the restaurant, the Glasgow crew unfortunately found themselves situated directly under the restaurant's hanging TV, and soon after arrival, witnesses say that a large, burly local boy turned that TV on to watch hisself some sports during his meal. The sound coming from the TV disrupted the Screamers' conversation, however, and after a few rounds of turn-it-up, turn-it-down, the band's Andrew Innes tried to convince the fella to turn the set off altogether. Tempers flared, and a free-for-all broke out between the two tables and a third, previously uninvolved party of nearby beefeaters. The whole incident lasted only a few minutes, but police and EMS were called, and the long tall Texan actually ended up taking a trip to the hospital. The band's management denies stories circulating that someone got a bottle smashed over their head, and reports that at this time neither side has pressed charges regarding the melee. The manager on duty at the restaurant at the time was not available for comment, and there have been no reports that any of the parties involved intend to "go veggie" as a result of the incident. Footnote: Later that night, lead Screamer Bobby Gillespie managed to lock himself in Marc Savlov's bathroom, but that situation was handled with no further violence.

This week's National Enquirer features a story titled "Willie Nelson's Wife Stole My Girlfriend!" I heard the true story behind the appearance of the article, and it's almost as funny as what they printed. Unfortunately, if I were to tell you why the fellow decided to go to the Enquirer with his tale, I'd be more likely to get sued than if I claimed Willie Nelson's bus stole my girlfriend... Mark Rubin has been overheard saying that following disappointing album sales of Blood and Mood and low tour receipts, the Bad Livers are over for good. His official statement on the matter at this time is "no comment," though it should be noted that in a Chronicle cover story last fall, he declared that the band had for all practical purposes been dead since 1998... From an e-mail sent out to fans by Trish Murphy: "Why the lull in touring? Here's what's going on: The label I'm signed to in the States, Doolittle Records, has merged with another independent called New West. Although they've cordially invited me to stay on as one of their artists, they're substantially changing their M.O. with regard to artist development, so I've opted to leave instead. What this means to you is that until I find another deal, my records will most likely disappear from retail store shelves. You can still order them from [www.trishmurphy.com] and many music Web sites like Amazon.com, at least until the current pressing runs out. And hopefully things will get sorted out for me"... John DeFore of Revenant Records says his label's new Harry Smith Archive Vol. 4 is doing well. So well, in fact, that the first pressing of 10,000 copies sold out on pre-order and another is on the way in a week or so. Austinites shouldn't have trouble finding copies in local stores in the meantime, and the label's next project is a box set of late-Fifties/early-Sixties acoustic tracks by label owner John Fahey... Guess who was on the guest list for last week's Bob Schneider show at Antone's? None other than Star Trek captain and "songspeak" virtuoso William Shatner, who's featured in the flick Miss Congeniality, co-starring Sandra Bullock, Michael Caine, and the Argyles (apologies for last week's column; I meant to say Paul Minor is looking more and more like Peter Gabriel). No word on why the Shat-man didn't make it to the show, but my sources tell me his scenes for the movie are being shot in San Antonio, not Austin, and it's rumored that he refused to pay full price for a plane ticket for such a short trip... Attendees of tonight's Billy Joe Shaver gig at the Saxon will find Stephen Bruton on guitar, since little Shaver Eddy Joe is taking a, er, rest from the rigors of touring... It's a buying, selling, trading frenzy that'll be happening this Saturday and Sunday at the Crockett Center at I-35 and 290 (the old Best Products building). That's when the big Guitar Swap Meet is being held... "Texas didn't have very many Sixties soul singers who had real hits like 'Who's Making Love' -- much less those that were reborn as disco kings ('Disco Lady')," says Margaret Moser of Johnnie Taylor, who passed away after a heart attack in Dallas on May 31. "He was one of the last of a dying breed -- the singer." The 62-year-old soul man's funeral was packed with greats; Antone's Sugar Bear tells us he found himself seated next to Aretha Franklin at the ceremony... This Saturday at the Ritz Upstairs, Animatronic Records will be mixing some media with Animation Nite featuring animated madness by Walt Holcombe, Lance Fever, MTV animator Bob Sabiston, and more, and musical performances by Erik the Butcher, Ringer (with members of Juan Solo, Hobble, and ZZ Tom), and Play-doh Squad. I'm not sure what the two art forms have to do with each other, if anything, but it sounds like fun...