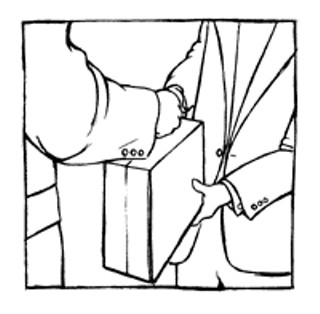 The second full-length release from Washington state's Pedro the Lion continues in their established vein of pure indie rock at its most vulnerable and sincere, but this time out bandleader David Bazaan has charged up his chops and plays guitar with more authority, more aggression even, than on their debut It's Hard to Find a Friend. Changed as well is the lyrical tone of the album; before, Bazaan wondered and worried about the decaying connection between God and man and the tenuousness of human relations, here he looks on in disdain at the means men employ in "getting ahead." Particularly snarling -- relatively speaking, of course -- are the expositions on politics in "Simple Economics" and domestic abuse in "A Mind of Her Own," which ends in shouts of "You put down that telephone, you're not calling anyone." Failure, as in the hard-strummed acoustic "Bad Things to Such Good People," is unthinkably horrible, its repercussions rending families and refuting their salvation. Nothing here is not charged with deeper meaning, and Pedro the Lion again succeeds in making music that's not merely serious, but important as well.