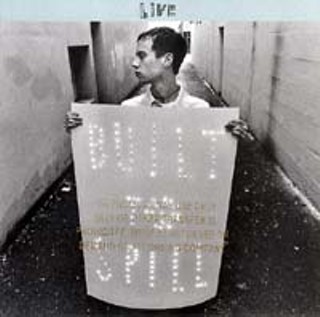 The first big surprise on Built to Spill's Live album is how, through the first four tracks, lead singer/guitarist/founder Doug Martsch avoids his well-known penchant for long-winded concert renditions of his songs. The album opens with a slightly shaky take on "The Plan," the opener of last year's astounding Keep It Like a Secret, and trudges determinedly into "Randy Describes Eternity" and "Stop the Show," both from '97's Perfect From Now On, and both in somewhat abbreviated versions. All are familiar and all sound great, but none amazing and none over the five-minute mark -- both odd for a Built to Spill show. The second big surprise comes on the album's second cover; after a turn through the Halo Benders' "Virginia Reel Around the Fountain," Martsch, along with drummer Scott Plouf, bassist Brett Nelson, and "left guitarist" Jim Roth, stretches out over 20 ever-lovin' minutes of Neil Young's "Cortez the Killer." This is where the album becomes great. This is where Martsch emerges as the guitar genius he is becoming, and this is where his voice, perfect for covering Young, blooms in all its high-warbled glory. Turns through the older "Car" and "I Would Hurt a Fly" rock, and the closer "Broken Chairs" stretches out again and basks in the glory of Martsch's gift for electric frenzy. Now if only they'd come and play here.