Why Sandinista! Is Better Than London Calling 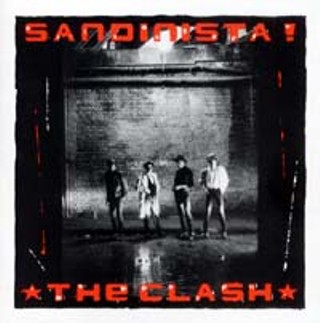 "I always saw it as a record for people on oil rigs or Arctic stations." -- Joe Strummer on Sandinista!

By 1980, the Clash had fallen in love with New York, holing up at either the Iroquois Hotel, where James Dean stayed in the Fifties, or in their studio space at Electric Ladyland, where they were recording Sandinista! Following up London Calling, released in the states the previous December, the band was working feverishly -- "day and night," according to Joe Strummer in the little-seen recent Clash documentary Westway to the World. “We couldn't record fast enough.”

NYC, 1980: Punk was unleashing torrents of fury down in the basement dives, while disco was turning the beat around upstairs in the studios. Grandmaster Flash's "The Adventures of Grandmaster Flash on the Wheels of Steel" wouldn't make music history for a year yet, but already hip-hop and rap were spreading through those mean streets faster than cheap cocaine. Downtown, the jazz scene was tearing tradition a new blowhole. Funk and R&B, foundational components of disco, hip-hop, and jazz, raged as they had since rent parties were invented. A musical melting pot to go with the city's socio-cultural cauldron.

"I was so gone with it," says Mick Jones in Westway, referring to his wicked jones for this emerging hip-hop beat. "The others used to call me 'Whack Attack.' I'd walk around with a beatbox."

With Strummer terming the group's rasta-punk crossover "crucial," and bassist Paul Simonon claiming "endless amounts of inspiration" from reggae, that left only drummer Topper Headon to fill the role of "White Man in Hammersmith Palais." But like the heroin habit he picked up in the Rotten Apple, Headon also had something colored running through his veins. Says Strummer: "There's a rule in rock & roll that says, 'You're only as good as your drummer.' [Topper] could play funk, soul. Reggae didn't faze him."

Having gone Top 40 and scored a hit with "Train in Vain," as well as spawning such soon-to-be AOR radio staples as "Clampdown," "The Guns of Brixton," "Lost in the Supermarket," and the double LP's title track, London Calling was not only a defiant manifesto for and about the common man, the common man actually caught wind of it and responded. Hoping to meet deadlines for a December '80 release, and with upcoming live commitments staring them in the face, the band knew success had built them a platform from which to be heard, so now it was time to say what they wanted to say and say it unequivocally.

Whether they were conscious of it or not, the Clash had reached the peak of their creative arc, an expansive plateau where confidence and ambition combine to break down any and all remaining artistic barriers. As was the case with a handful of two-LP sets put forth by first-wave British Invasion bands -- the Beatles' White Album, the Rolling Stones' Exile on Main Street, and the Who's Tommy and Quadrophenia -- London Calling split open the Clash's creative nut and out spilled unfettered brilliance: the sprawling, squalling 3-LP Sandinista!, more than twice as long as its predecessor.

"That's why it had to be a triple album," says Strummer in Westway, which devotes twice the screen time to Sandinista! as to London Calling. "Even though it would have been better as a double album, or a single album, or an EP! Who knows? The fact is that we recorded all that music, in one spat, at one moment. In one, three-week blast. For better or worse, [Sandinista!] is the document."

Opening with the stop-time R&B intro of "The Magnificent Seven," Sandinista! confesses its ultimate secret in those first few beats: insatiable groove. Simonon's gurgling bassline falls in lock step with Headon's chiming bed of percussion, while Strummer's stream-of-conciousness lyrics approximate the pace of Times Square: "Ring! Ring! It's 7am, move yourself to go again. Cold water in the face, brings you back to this awful place." Skanking soul music with a serious political agenda and unstoppable rhythm set into motion for one reason and one reason only: dancing.

Seguing into the organ/keyboard intro of "Hitsville U.K.," whose bassline, percussion, and overall sock-hop rhythm makes "The Magnificent Seven" groove sound white by comparison, the infectious stomper erupts with pinging vibes and a chorus-girl-sung indictment of commercial radio. Ed Sullivan, had he not been listening too closely to Strummer's subversive lyrics, would have loved it. With this out-of-leftist-field one-two punch touching off Sandinista's 2.5-hour running time, the Clash rip the tarp off a brand-new playing field and leave London Calling sounding like a one-dimensional rock album.

"If someone had come in and said, 'Let's play this with balalaikas,' everybody would've gone, 'Give me the biggest balalaika!' muses Strummer. "We were open about stuff. Mick Jones bringing in the new sound of New York, Simo with his reggae thing, me with my rhythm and blues thing, and Topper with all his soul chops. We could do that." 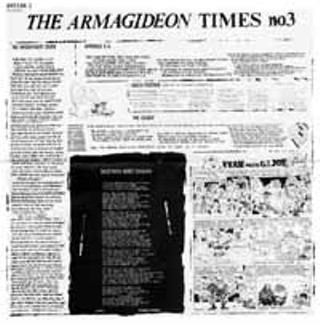 And how. Though many armchair editors cite third song "Junco Partner" as a good place to start pruning Sandinista! down to EP length, it's absolutely the most authentic reggae track the group had yet recorded, a myriad of synths, strings, and bass laying deep into the LP's analog grooves. Rounding out what was originally the first of six sides, "Ivan Meets G.I. Joe" is typical politicking from Strummer, while "The Leader" is a rockabilly rave-up in 1:38.

"The Leader's wife takes a government car, in the dark to meet her minister. But the leader never leaves his door ajar, he swings his whip from the bolo war."

The rich piano intro and soft-pop touch of Jones' vocals giving way to Strummer's coarse delivery and pubhouse chorus of "It's a Long Way to Tipperary" on the marching "Something About England." The lush, dreamy "Rebel Waltz," with its harpsichord, vibes, and dub trumpets. The bebop shuck 'n' jive of "Look Here" and stoney groove of "The Crooked Beat" giving way to the ratcheting guitar riffs and sailing synthesizers of "Somebody Got Murdered." Taken together, Sandinista's first 10 songs assume a musical world view that London Calling confined to one city.

If sides three and four of London Calling were as good as the first two, the album would be Handel's Messiah. It's not, and they're not, and on that scale, the last two "sides" on Disc 1 of Sandinista! are solid if unspectacular: Strummer's hypnotizing "One More Time," with its wicked "Train in Vain" rhythm and pipe-pounding twin "One More Dub"; the punk-bop of "Lightning Strikes" seguing into "Up in Heaven," which crosses "Lover's Rock" and "Four Horsemen" from London Calling. The last side, a funky, fucked-up approximation of sax 'n' soul ("If Music Could Talk") and Baptist uprisings ("The Sound of Sinners") caps a mammoth first disc like a stomped glass at a bar mitzvah.

Given its far-as-the-eye-can-see breadth and scope, it's no wonder Sandinista's first disc is exhausting. Yet there's still 74 minutes of Clash City Rockers to come: the siren cry of Eddy Grant's "Police on My Back," the rockabilly skiffle of "Midnight Log," marching ragga swagger on "The Call Up," and a matching postcard set in the loping "Washington Bullets," a scorecard of U.S. foreign policy in Central America (and source of the album's title), and William Burroughs-like travelogue "Broadway," which in turn lent its name to the box set. A heavily accented tykette singing "The Guns of Brixton" as intro to chilling fiddlogue "Lose This Skin" is one of the priceless moments in the whole catalog, while its immediate neighbor, "Charlie Don't Surf," sounds like it was edited out of the film that inspired it, Apocalypse Now.

Granted, the album-length final portion of Disc 2 descends into a harrowing morass of sickeningly scuzzy dub grooves straight out of Times Square before Giuliani purged the crack dealers and whores -- a multisong punk version of the Beatles' "Revolution #9," if you will -- but by this point, three albums' worth of prime material has passed through you like the Mississippi River through New Orleans.

Could you live without the last eight songs (save the school-choir retooling of "Career Opportunites")? Yes, but once you've lived with Sandinista! for any length of time, particularly Columbia Legacy's newly remastered version (with full libretto restored), you realize that would be as futile as cutting an hour out of Francis Ford Coppola's Vietnam War masterpiece; it's glorious in part because it's a sprawling mess, not in spite of it.

Genius does not reside soley in perceived perfection. Sgt. Pepper's may be flawless, but The White Album burns with a fire that makes Pepper look like a nightlight. Sticky Fingers is perhaps technically a tighter, heavier kick than Exile on Main Street, but it will never embody the holy grail of rock & roll dissolution like the bloated excess of the latter album. Tommy and Quadrophenia? Best music Pete Townshend ever composed (rock operas for God sake!), best the Who ever played. Time to reconsider Sandinista!

"I stand proud of it," boasts Strummer today. "Warts and all. It's a magnificent thing! I wouldn't change it even if I could. And that's after some soul-searching. Just from the fact that it was all thrown down in one go. It's, like, outrageous. And that it was released like that, it's doubly outrageous -- triply outrageous."