The only punk rock band that mattered, and why they still do 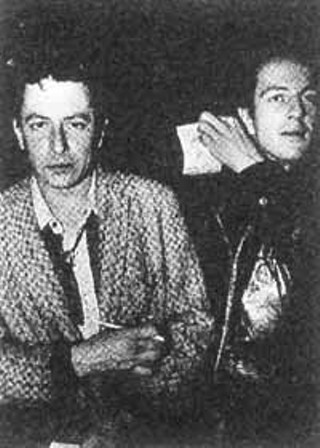 "Honky Tonk Masquerade had just come out, and we were in London playing the Venue Club when all the Clash showed up one night. They came backstage and I guess they'd heard me on the radio and knew every song on my record. This was 1978 and coming from Lubbock; we had no idea what was going on in London.

"Pete Townshend was there that night, but I didn't know the Clash from Adam. They introduced themselves, and after we talked backstage, they invited us to come to the studio where they were working the next day. So we went and afterward hit the clubs in the East End, staying up all night and having a good time. It was like the West Texas hellraisers meet the London hellraisers. We were from different worlds, but it was like, 'All right! Let's hang out some more!' We were playing three nights in a row at the Venue and hung out the whole time.

"They told me they were coming to America and I asked where they wanted to play. 'Laredo, El Paso' -- they were naming off all these gunfighter ballad towns from Marty Robbins songs. 'Well I don't know about that,' I said, 'but we could play Lubbock together.' And they were like, 'Lubbock! All right!' They told their booking agent they didn't care about Houston or Dallas, they wanted to play Laredo, Lubbock, El Paso, and Wichita Falls. Somehow he put it together and we played Houston, San Antonio, Laredo, Lubbock, and Juarez. It was a great Europe-meets-Texas meeting.

"Playing with the Clash definitely kicked my band up a notch. Growing up in Lubbock, I always hung around with the rock & roll guys, so I came from a rockin' background. We played the Palladium in Hollywood together and Monterey Pop festival -- Bond's in New York. It was a big boost for us, so when they invited us back the following year for the London Calling shows in London, it was a real eye-opener. We were playing their venues with them -- the Electric Ballroom, Hammersmith Odeon -- wild, steamy, crazy shows that were unbelievable.

"I ran into them accidentally in New York when they were cutting 'Should I Stay or Should I Go' and Strummer said, 'Hey, help me with my Spanish.' So me and Strummer and the Puerto Rican engineer sat down and translated the lyrics into the weirdest Spanish ever. Then we sang it all.

"When you listen to 'Should I Stay or Should I Go,' there's a place in the song where Mick says, 'Split.' Me and Strummer had been yelling out the Spanish background lyrics and we had snuck up behind him as he was recording. We were behind a curtain, jumped out at him in the middle of singing, and scared the shit out of him. He looks over and gives us the dirtiest look and says, 'Split!' They kept that in the final version.

"The Clash were better-known on the radio at the time than the Sex Pistols, and more political. They were dead serious -- I didn't realize how serious they were until after I worked with them. They weren't just a band out to have a good time, they were making a statement. I think that's what ended up dividing them in the end, when London Calling became accepted in the pop crowd. Strummer thought that was watering down their political statement and that caused a split with him and Mick."