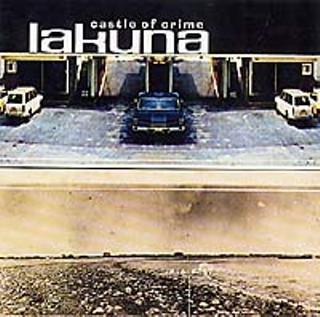 Former Throwing Muses drummer David Narcizo (with bassist Frank Gardner) hops on the trip-hop bandwagon with this spare, quietly engaging album that sounds like it was recorded in Bristol within spitting distance of RISD. Don't be fooled by Narcizo's presence in this project, though; his madslappin' drumwork from the Muses is behind him now, or at least locked in a small black box somewhere, leaving Castle of Crime fueled by an amalgam of samples, tape loops, and other digital wizardry that ends up in a sometimes soothing, often disturbing hodge podge of beats 'n' bass. The whole shebang falls squarely in the realm of languid, post-electronic jamming, though tracks like the concussive, near-tribal "Lemongrass" could almost pass for some Siouxsie/Budgie Creatures castoffs. There's also a real solid -- if indefinable -- East Coast vibe to the grooves here, especially in the slinky threat of "The Veil," where backward masking and guitar loops (courtesy of Narcizo's old pal Kristin Hersh) weave themselves into a veritable shudder-fest. Fine for doing a light dust-up in the living room-cum-morgue and equally smooth when it comes to cocktails and ether, Lakuna don't so much rock as anti-rock, creepy-crawling out of your speakers and snaking around your head like some bad juju drum circle. (Lakuna spins between sets on the Beggars Banquet showcase, Thursday, Buffalo Billiards, 8-11pm)