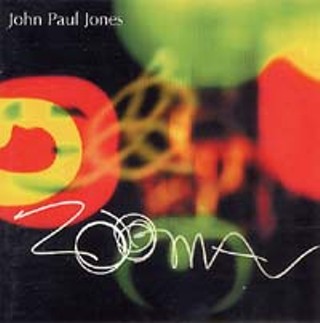 What does one do after being an integral part of one of modern music's most influential bands? Short answer, whatever the hell you want. Long answer for Led Zeppelin's multi-instrumentalist bassist John Paul Jones, a lot. Since Zeppelin, the musician's musician has written film scores, taught electronic composition, recorded with Peter Gabriel, Diamanda Galas, Brian Eno, and R.E.M., and produced Butthole Surfers, among others. Which may explain why Zooma is JPJ's first solo album. And it's a true solo album in the sense that Jones does it all: writes, plays, arranges, and produces. A good example is "Nosumi Blues," on which Jones plays the standard four-string bass, but along with a bass lap steel. Throughout the album, Jones makes excellent use of this unique instrument, as on "Goose," which starts as a toe-tapping jam and morphs into a very live bass lap steel solo. Adding anvil weight to the nine instrumental tracks are Jones's 10- and 12-stringed basses, with mandola added to strumming effect. If certain tunes, like "Grind" and "B. Fingers," have a decidedly King Crimson feel, chalk it up to Crimson member Trey Gunn's guitar solo on "Grind," and the fact that Zooma was released on KC-leader Robert Fripp's creative, cooperative label, Discipline Global Mobile. Also lending a hand are the diverse talents of Butthole Surfer Paul Leary ("Zooma") and the London Symphony Orchestra ("Snake Eyes"). All in all, it's one very bass-ass debut. (Saturday, La Zona Rosa, 11pm)