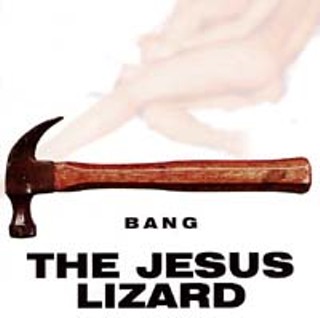 Here, in the mass grave of corpses left behind by 1999, lies the Jesus Lizard. Born in Austin, raised in Chicago, this martyred quartet of pious punk rockers died for your sins -- crucified by an indifferent and cruel alt.rock empire. Their epitaph is written thusly in the good book and new testament, Bang: "First Show: July 1, 1989 at Bangkok Bangkok, Chicago, Illinois. Last Show: March 25, 1999 at Umea Open, Sweden." Then, without self-pity or remorse, "Thank you." No, thank you. Thank you for your blackest heart and unrelenting white noise. Thank you for your power-line surges and pulsing aggression. Thank you for Duane Denison's Leatherface guitar and David Yow's scream -- that incessantly anguished, tortured cry. Thank you for the oncoming semi-truck basslines of David Sims, and their gory, head-on collisions with Mac McNeilly's halftrack drum attack. Thank you for 20 songs in 60 minutes, this would-be greatest hits compilation masquerading as a singles, B-sides, and rare effluvia gather-all: opener "Chrome" and its post-Sabbath flipside "7 vs 8"; the epic battle "Gladiator," one of the Jesus Lizard's most apt one-word titles, whether for an LP (Goat, Liar, Shot) or song ("Puss," "Nub," "Boilermaker"); the Dicks' "Wheelchair Epidemic," which pogos more than it snarls, but you can sure hear Gary Floyd's bite; "Sunday You Need Love," a spirited, almost late-Sixties, Nuggets-like rave-up as written by German New Wavers Trio; the whole Lash EP, in sequence, with its two studio tunes, the undeniable "Glamorous" and galloping "Deaf as a Bat," followed by five electrifying songs that culminate in the Yowling "Monkey Trip" (best lock up simians after that one); for completists "The Test" demo, a zippy little Spy vs. Spy number -- Eddie Cochran on steroids; "Blockbuster," from "some bootleg," getting way in your head despite its subpar fidelity; "Fly on the Wall," theme song of live music goers ("I can never get any rest"), and noted in typically Marxist liner notes as "different from the LP version"; and finally, the zero-gravity ringing of instrumental "White Hole," which brings Bang down to convulsions before being rammed home by an Ed Hallian version of "another Trio song with Santiago Durango doing vocals (unreleased)," loopy "Anna." Pound the stake home, that's it. Say a prayer for the Jesus Lizard.